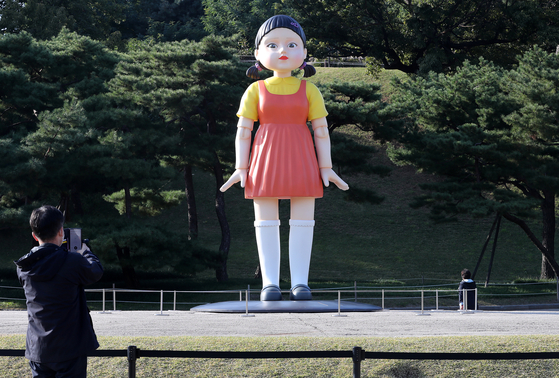 Younghee, a giant robot doll that is featured in Korea’s hit series “Squid Game,” was erected Monday at the 88 Jandi Madang of the Olympic Park in southern Seoul. Younghee appears in episode one. Officials from Olympic Park said the four-meter-tall (13 feet) robot doll, which also plays the famous tune in the series, will be exhibited for three months. [NEWS1]