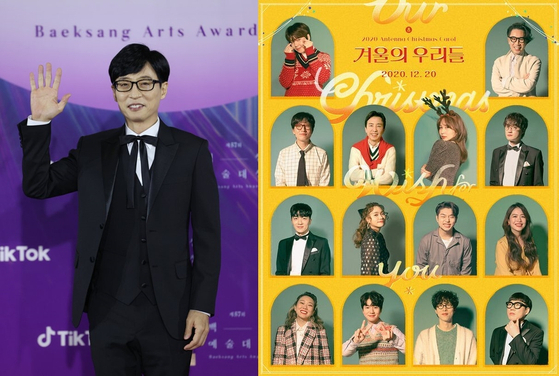 
Antenna Music is preparing to release a Christmas EP featuring all of the artists it represents, including television personality Yoo Jae-suk, the agency confirmed on Tuesday.

“It is true that we are preparing for our second carol EP,” the agency said. “All of the artists with us are participating.”

The agency added that Yoo, who the agency has been representing since July after his contact with his previous agency FNC Entertainment expired, will also participate in the album.