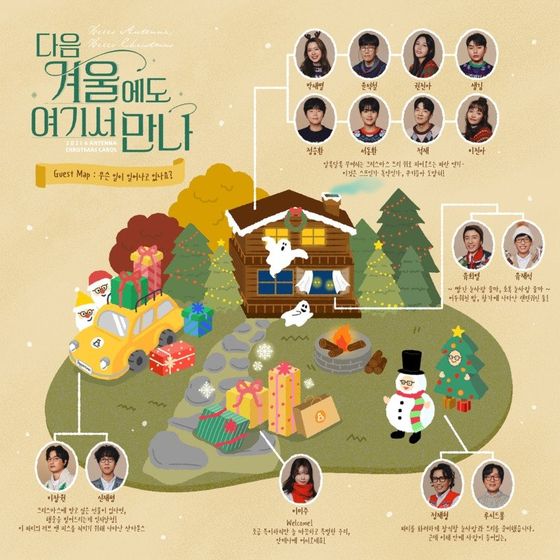 
Antenna Music, which represents many of Korea’s popular singers and songwriters, revealed a teaser image Wednesday, announcing that it will drop a special Christmas single.

The single is titled “See You Here Again Next Winter.” The teaser image features festive Christmas illustrations along with small portrait images of the artists who took part in making the single.