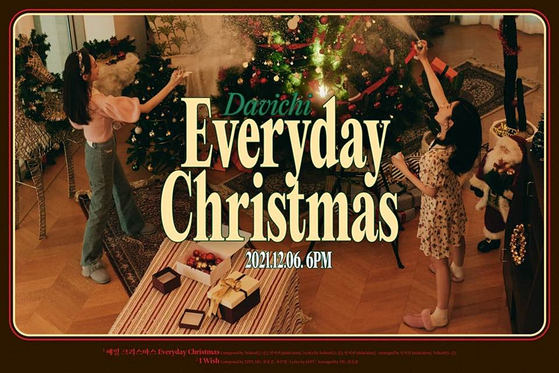 A teaser photo was uploaded to the duo’s social media accounts the same day.

The EP will consist of two songs: the title track and “I Wish.”

“Everyday Christmas” will be the first time for Davichi to release carols.

The duo’s last single, “The Only Reason,” was released on Nov. 19 as part of the soundtrack for SBS’s ongoing romantic drama series “Now, We Are Breaking Up.”

This way for Christmas shopping