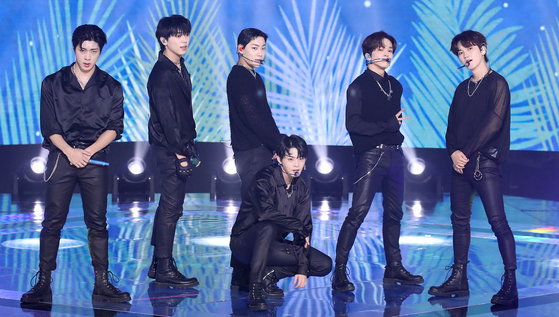 
All five Korean members of ONF will start their mandatory military service next month, according to the boy band's agency WM Entertainment on Wednesday.

Based on the Military Service Act, Korean men must enlist between the ages of 18 and 35 and serve their mandatory service for a minimum of 18 months. Japanese member U is exempt.

The exact location and time of their enlistments will not be made public to prevent fans gathering.

It is said the members decided to serve simultaneously to minimize the group's time away from the entertainment industry. It is uncommon for band members to synchronize their enlistments.

Prior to the enlisting, ONF will hold its first solo concert “ONF 2021 Live Contact:: Code #1 [Reverse]” for four days from Dec. 9 at Yes24 Live Hall in Gwangjin District, eastern Seoul. The first two days of the performance will only be for fans visiting the venue, but the later two will also be streamed for online audiences.