Lee in New Jersey and Massachusetts, but no word on Texas

Lee in New Jersey and Massachusetts, but no word on Texas 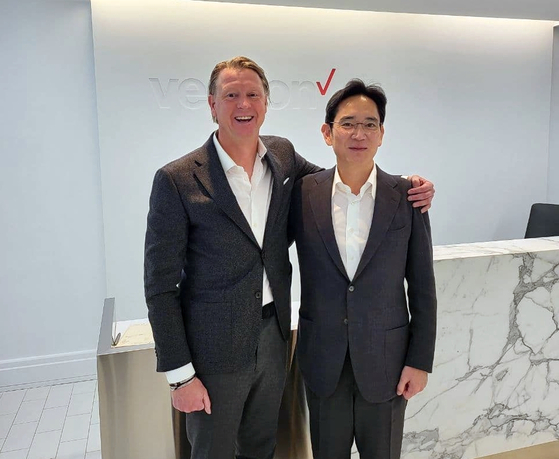 
Samsung Electronics Vice Chairman Lee Jae-yong met with the chief executives of Moderna and Verizon this week while in the United States, though it was not disclosed whether Lee will head to Texas to discuss a pending $17 billion chip deal there.

Lee left Korea on Sunday bound for Toronto, and then flew to Teterboro Airport in New Jersey. On Tuesday, he met with Noubar Afeyan, co-founder and chairman Moderna, in Cambridge, Massachusetts, a Samsung Electronics spokesperson confirmed.

In May, Samsung Biologics signed a deal to manufacture Moderna’s Covid-19 vaccines in Korea. Moderna vaccines produced by Samsung Biologics became available in Korea starting last month. The meeting was held in hopes of continuing and expanding business agreements between Samsung Biologics and Moderna, according to the spokesperson.

“Lee aims to build a stronger and deeper trust with Afeyan,” the spokesperson said. Samsung Biologics has “just been packaging and manufacturing vaccines, but there could be more if we build more trust"

On Wednesday, Lee met with Verizon CEO Hans Vestberg in Basking Ridge, New Jersey. The two shared their insights into telecom businesses and developing next-generation telecom technologies. Lee and Vestberg have been close acquaintances since 2010, according to the Samsung Electronics spokesperson 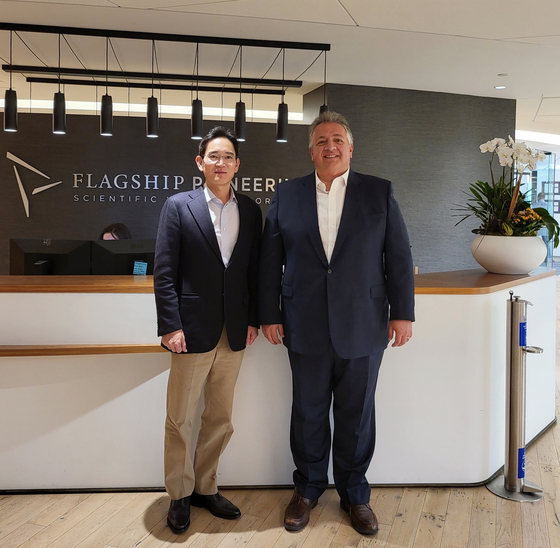 Samsung Electronics' vice chairman Lee Jae-yong, left, meets with Noubar Afeyan, founder and director of the board at Moderna, at the pharmaceutical company’s headquarters in Massachusetts on Tuesday. [SAMSUNG ELECTRONICS]


While the company would not confirm whether Lee would visit Texas, progress was reported at one possible locations for the chip plant.

On Nov. 15, the Taylor Independent School District approved a tax incentive package for the factory. Samsung Electronics applied in July for the tax break from the school district to build a factory on a site some 60 kilometers (37 miles) from its existing Austin factory.

It previously filed a similar application with the Manor Independent School District in Austin, but the document has been removed from the Texas Comptroller’s website, and local press citing sources says that means the application has been withdrawn.

Samsung Electronics “is considering different sites in the United States,” the company said.

New York and Arizona have also been considered as possible locations for the chip plant.