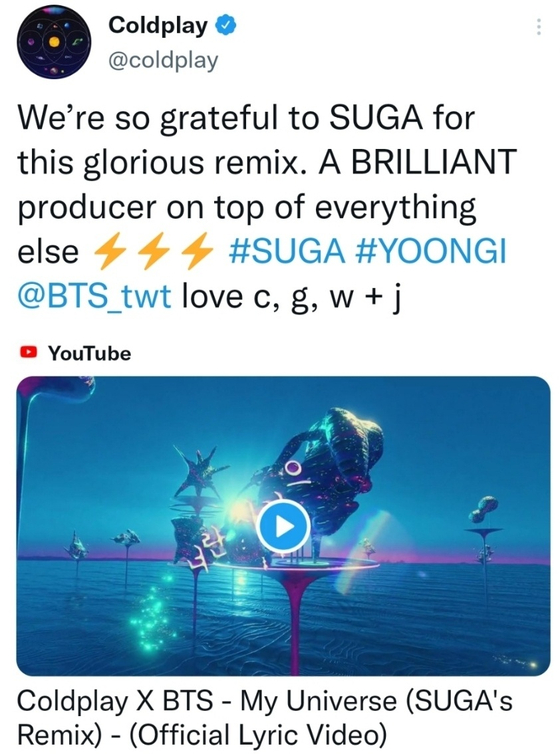 
BTS member Suga’s remix version of “My Universe,” a collaboration between the boy band and British rock band Coldplay, was released on Tuesday, according to Warner Music Korea.

“My Universe” was originally released on Sept. 24 and became the first collaboration between different bands to top the Billboard Hot 100 singles chart.

“I am so glad to work with Coldplay, whom I admired since childhood, and I’m also honored to participate in the remix,” said Suga.

“We’re so grateful to Suga for this glorious remix,” the band tweeted. “A brilliant producer on top of everything else.”