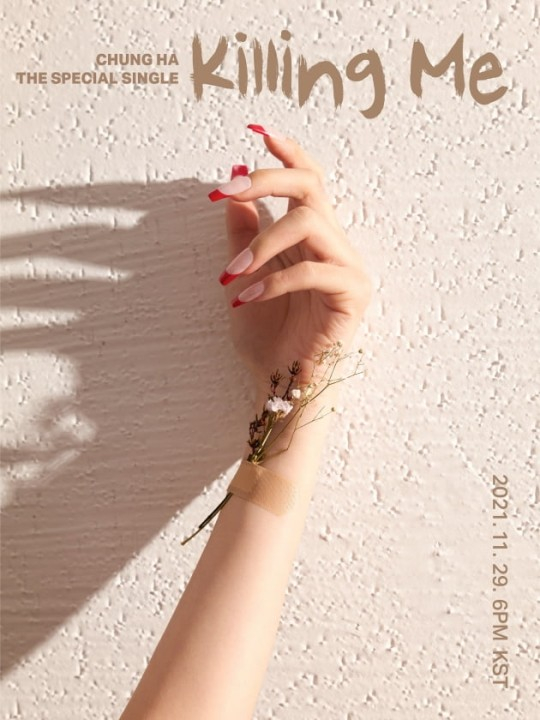 Singer Chungha posts a teaser image on her social media channels ahead of the release of her new song on Nov. 29. [MNH ENTERTAINMENT]


Solo artist Chungha will soon be releasing a special single, “Killing Me,” according to her agency MNH Entertainment on Friday.

The new single will be released on Nov. 29 at 6 p.m. through major music outlets. It is the newest work by the singer after about nine months since the latest release of her first full-length album, "Querencia."

The singer on Friday released a teaser image for the upcoming song through her social media channels. In the image, a hand with red-tipped fingernails is shown, and a small bouquet of twigs and flowers is bandaged to the wrist.