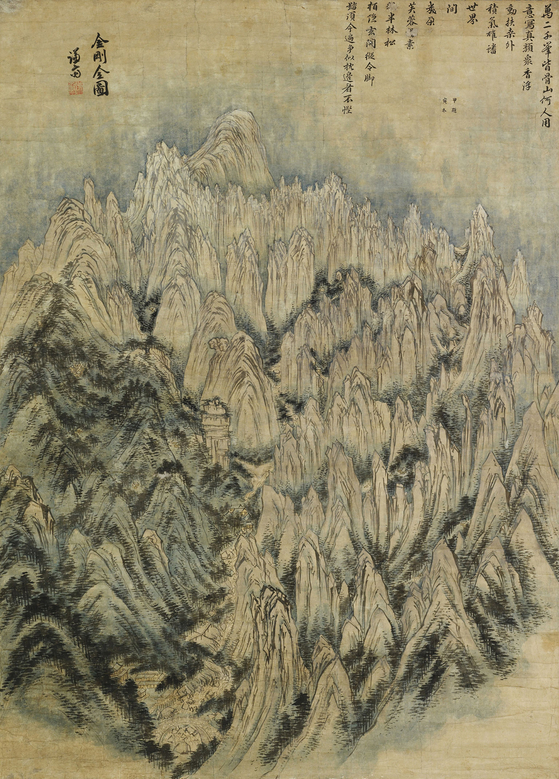 This picture was painted in India ink in the shape of round form on the whole which was seen from above. Twelve thousand peaks of the mountain are depicted on the canvas. Starting from the highest peak, Birobong in the back, a cascade of waterfalls flow along the valley called Manpokdong.

On the upper right of the picture, there is a comment written by the painter along with the title and his pen name. Landscape paintings in those days were created by imitating those imported from China. However, Jeong Seon discarded Chinese styles and created his unique themes based on Korean scenes. This picture was also drawn by Jeong Seon in person looking at the actual scene of Mount Geumgang in Korea. Among many pieces he drew of Mount Geumgang, this picture is most highly valued as the largest and the best masterpiece.