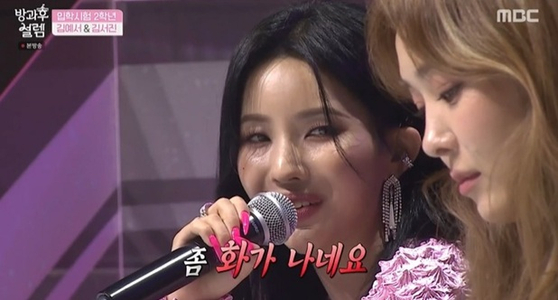 
MBC’s girl group audition program “My Teenage Girl” aired its first episode on Sunday. Despite high expectations set by its prequel “Hesitation Before Going to School,” the first episode is receiving largely negative reviews, with viewers saying that many of the show’s elements are “cruel.”

“Hesitation Before Going to School” aired on MBC from Oct. 21 to Nov. 23 and raised expectations that “My Teenage Girl” might be different from the countless K-pop idol audition programs that have come before it. The prequel featured renowned psychiatrist Oh Eun-young serving as a mental health counselor for the show’s young hopefuls and presented itself as a wholesome program, different from conventional idol audition shows. Highlighting professional mental health help was a first in the history of audition programs and garnered generally positive reviews as a refreshing concept. 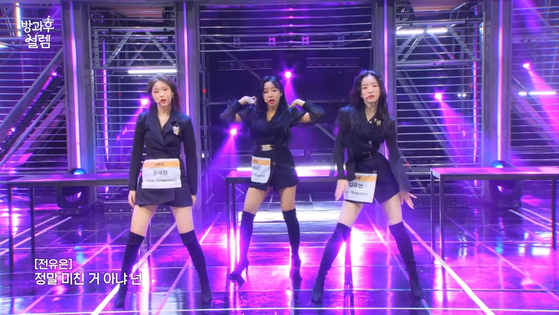 During the first episode, contestants had to perform in front of an on-site evaluation group but were separated from the judges by a wall. If less than 75 percent of the evaluation group voted in favor of the contestants, the walls remained closed and the hopefuls were eliminated without even being able to see the judges. [SCREEN CAPTURE]


But viewers were left disappointed, if not shocked, after the first episode of “My Teenage Girl” aired. The wholesome qualities shown on “Hesitation before Going to School” were nowhere to be found, and the overall format was just as sensational as any other idol audition show of the past.


“My Teenage Girl” put emphasis on the fact that the parents of the contestants were invited to watch their daughters be eliminated.

“MBC featured Dr. Oh in the prequel to suggest that ‘My Teenage Girl’ would be something different since the public has grown rather tired of idol audition programs. But in reality, it turns out it’s not too different." 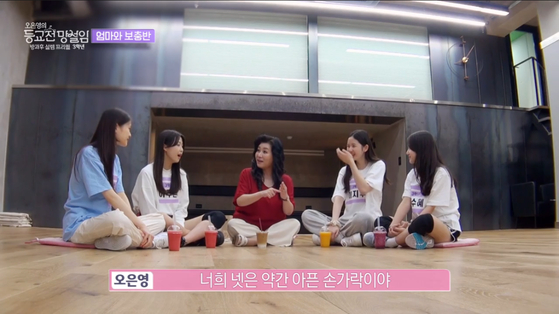 In MBC’s “Hesitation before Going to School,” the prequel to "My Teenage Girl," psychiatrist Oh Eun-young served as a mental health counselor for the contestants. [MBC]


“My Teenage Girl” ended up kicking off with ratings of 1.9 percent, an “underwhelming number for a major terrestrial channel” such as MBC, according to Jeong.

During the first episode, contestants had to perform in teams in front of an on-site evaluation group but were separated from the judges by a wall. If less than 75 percent of the evaluation group voted in favor of the performing team, the walls remained closed and the hopefuls were eliminated without even being able to see the judges — another aspect that was cited as cruel. 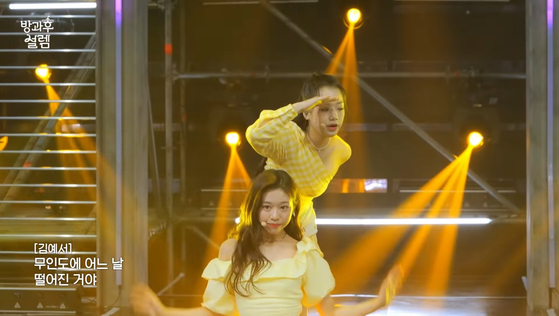 The clip of two contestants performing girl group Oh My Girl's "Nonstop" (2020), which received harsh reviews from judges, is currently the most-watched YouTube video from the first episode. [SCREEN CAPTURE]


Perhaps the greatest controversy sparked by the first episode was a performance of girl group Oh My Girl’s “Nonstop” (2020) by a team of two contestants, born in 2006 and 2007. The two girls were not professional trainees, which resulted in them struggling to get the pitch or rhythm right throughout the performance. Thanks to some comic value, they were able to surpass the 75 percent approval rate and meet the judges, who ended up eliminating them after expressing their frustration.

“This was so bad that I’m not even angry,” said Soyeon of girl group (G)I-DLE, one of the judges, after the performance. “There were so many talented contestants that we couldn’t even meet because the walls didn’t open. I wish the evaluation group had voted more responsibly.”

The clip of the performance instantly went viral on YouTube, and netizens say the production staff is at fault.

“Those contestants weren’t prepared, and the production staff had every opportunity to screen them before the first episode," reads one of the top comments under the clip with over 3,000 likes. “They also knew what would happen [that these girls would be ridiculed online] but they put the girls on stage anyway for views."

"Whatever the production staff intended, it worked in terms of becoming the talk of the town," said Lee Gyu-tag, a professor of pop music and media studies at George Mason University Korea. The clip of "Nonstop" is currently the most-watched YouTube video from the first episode.

"It was probably a strategic decision because MBC needs to get people talking about this show," he continued. "Viewers usually start watching audition programs from the beginning, rather than join in the middle. So MBC needed something to catch the public's attention in the first episode. The problem was that the tone became drastically different from the more wholesome prequel, which viewers were initially drawn to."

"My Teenage Girl" will air a total of 12 episodes until February 2022.