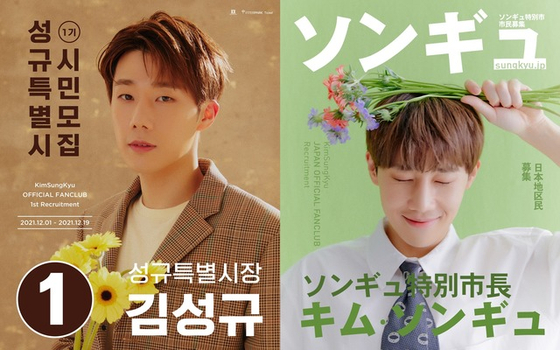 Singer Kim Sung-kyu started the first round of recruitment for his fan club, Double HTN announced Wednesday. Kim, who is the leader of boy band Infinite, has been working solo since 2018.

Kim’s fan club is named “Sungkyu Metropolitan City.” Members will be recruited through the Interpark ticketing site. He promoted the fan club as if he is running for city mayor.

The singer recently held a two-day virtual fan meeting on Oct. 31 and Nov. 1 and met with global fans.