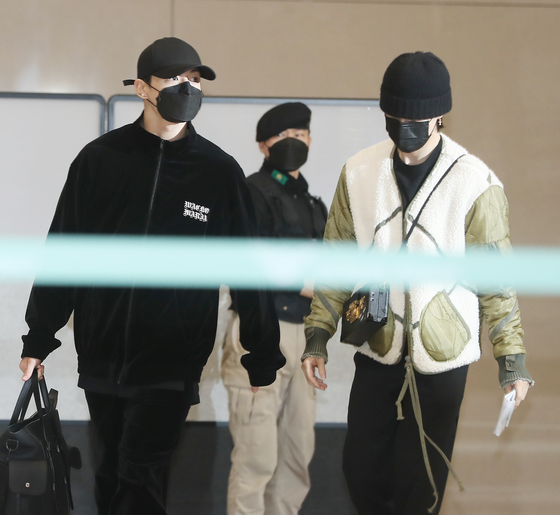 
BTS members Jin, Jungkook and Jimin returned to Korea and went into self-quarantine Monday morning after finishing their schedules in the United States.

The three members headed to their homes after completing anti-virus measures at Incheon International Airport.

BTS left for the United States on Nov. 17, heading to Los Angeles to attend the American Music Awards where the boy band took home three awards, including the top honor, Artist of the Year — the first for an Asian act.

The band proceeded to hold its first in-person concert in two years, titled “BTS Permission to Dance On Stage – LA,” at the SoFi Stadium in Los Angeles on Nov. 27, Nov. 28, Dec. 1 and Dec. 2. The four runs garnered a total of 214,000 audience members. 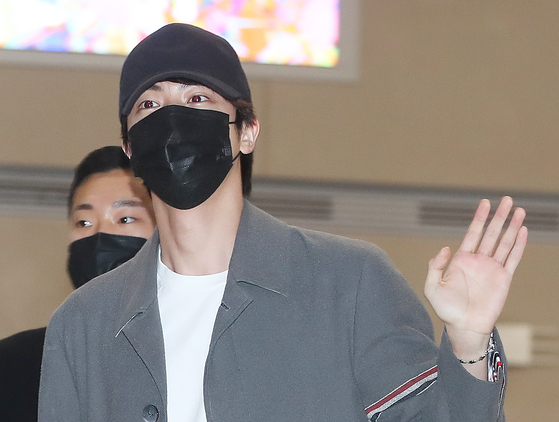 
The three members are undergoing the mandatory 10 days of self-quarantine as per the Korean government's response measures to the Omicron variant of Covid-19.

The other members, RM, Suga, V and J-Hope, are reportedly still in the United States.