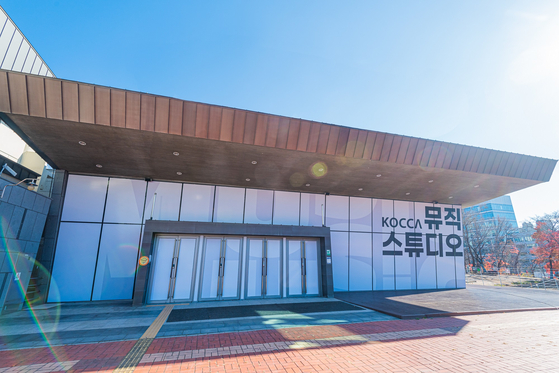 The Kocca Music Studio is a performance venue specially designed for livestreaming concerts, which have skyrocketed in both numbers and popularity due to the Covid-19 pandemic that has restricted K-pop artists from performing in person.

In an effort to revive the live performance industry that has been struggling due to the pandemic, Kocca joined forces with the Korea Sports Promotion Foundation (KSPO) and the Korea Sports Industry Company to create a space optimized for livestreaming concerts.

The music studio is equipped with cutting-edge resources specialized for virtual music performances: extended reality (XR) technology, “digital 3-D modeling” technology which captures real-life textures as vividly as possible and “Syncroom” technology that prevents delays during online streaming, among others.

The Kocca Music Studio is located in what used to be the K-Art Hall, a regular concert hall which specialized in Taekwondo or other traditional Korean art performances. As the number of visitors plummeted during the pandemic, the three organizations decided to remodel the venue for online concerts. 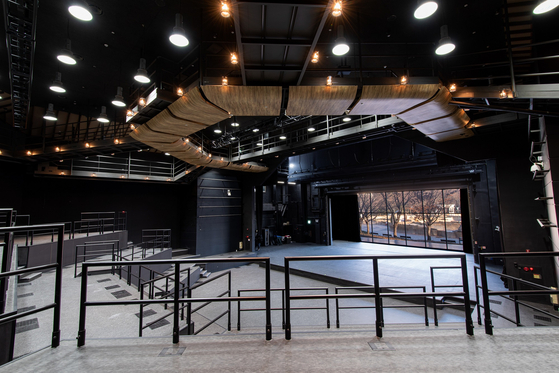 
Remodeling was completed last month. Instead of audience seats, the venue is filled with devices for special effects, acoustics and livestreaming.

“In the pandemic era, online K-pop concerts have become a genre of their own,” said General Director Lee Hyun-ju of Kocca’s Pop Culture Division during Tuesday’s opening ceremony.

“The K-pop industry has been thriving thanks to its swift transition to online concerts, but hosting an online concert does cost a substantial amount to rent a specialized venue and employ necessary technology, which makes it not so accessible for smaller firms,” Lee added. “The Kocca Music Studio aims to offer more opportunities for smaller firms to host virtual concerts.”

The studio aims to host 50 to 80 online concerts and fan meets next year.

“Transforming a conventional performance venue into a specialized one for virtual performances will set a great precedent of turning a crisis into an opportunity,” said KSPO Chairman Cho Hyun-jae. "We will use our knowledge from decades of operating in-person concerts to facilitate the production of high-quality virtual concerts and support smaller firms by renting the venue out at more affordable rates.”