First of its kind

First of its kind 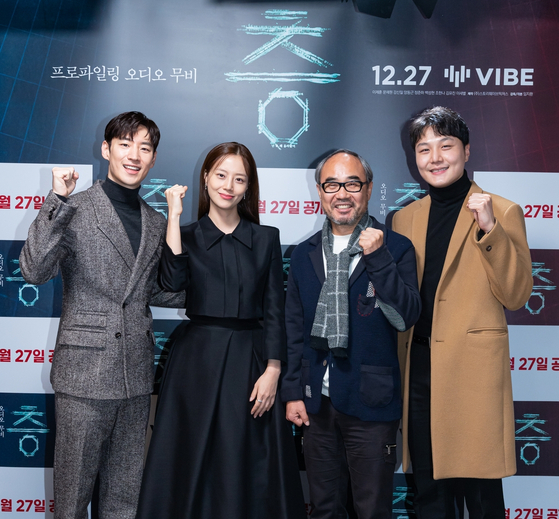 From left, actors Lee Je-hoon, Moon Chae-won, Kang Shin-il and director Lim Ji-hwan pose for a photo after an online press event for their upcoming audio movie “Floor” on Thursday. “Floor” is Naver’s first audio movie series. Listeners can enjoy the actors’ voices and music with minimum visuals. Consisting of six episodes, the series will be available for free from Dec. 27 through Naver’s music platform Vibe. The series centers around a profiler and a police detective trying to uncover the mystery behind noise complaints in a building. [NAVER VIBE]