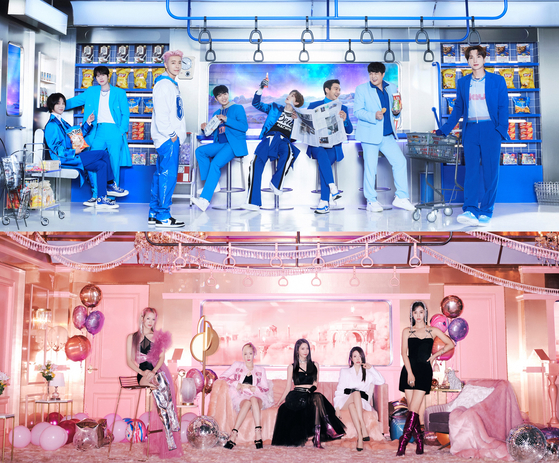 
SM Entertainment announced Wednesday that two of its veteran boy bands TVXQ and Super Junior will collaborate for the first time in 16 years for a special year-end album, “2021 Winter SM Town: SMCU Express.” This special winter album is the first from the label in 10 years.

“2021 Winter SM Town: SMCU Express,” which is slated to drop on Dec. 27, is comprised of 10 tracks including “Magical,” which will be sung by members of both Super Junior and TVXQ. The two boy bands last song together was “Show Me Your Love” in 2005.

The album will have two lead tracks, “Hope from Kwangya,” which is a remake of boy band H.O.T.’s 1998 song, and “Dreams Come True” a remake of girl group S.E.S’s hit song of the same name also released in 1998. The remastered version of “Hope from Kwangya” will be sung by SM Entertainment artists, including TVXQ and Girls’ Generation-Oh!GG while girl group aespa will sing “Dreams Come True.”