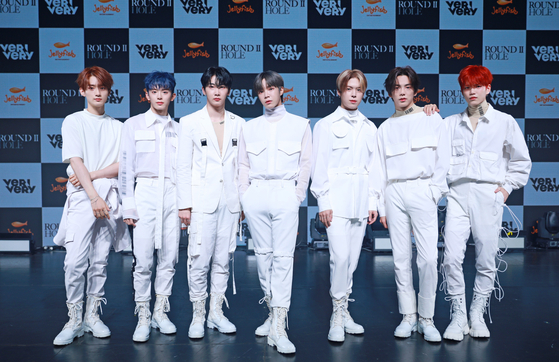 
Verivery will be hosting a fan meeting next month.

Jellyfish Entertainment announced Tuesday that the "2022 Veri Univ. Festival" will be held at Kwangwoon University's Donghae Culture and Arts Center on Jan. 22.

"We are preparing an event for the band and its fans to meet up in a friendly atmosphere. The band will be staging various performances and talks," the label said via social media.

The meeting will be streamed live through services such as Olleh tv, Seezn, Stayg and Kavecon.

Most of the boy band recently returned to Korea from its first U.S. tour, where Verivery performed in Los Angeles, Dallas, Houston and Saint Louis.

"We will make sure Yongseung returns to Korea safely soon, and he'll do another 10-day mandatory quarantine upon arrival," the label added.