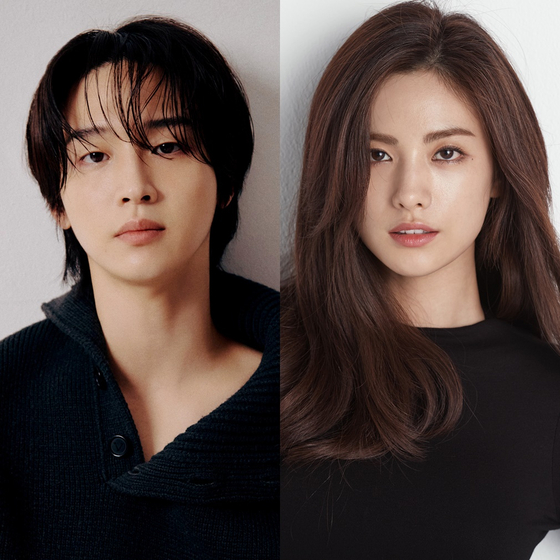 
Actors Jang Dong-yoon and Nana, an ex-member of the now-disbanded girl group After School, will star together in new drama series “My Man is Cupid” (translated).

On Friday, the two actors’ agencies confirmed that they will be playing the lead roles in the upcoming romance drama, which will be directed by Nam Tae-jin, who directed the successful drama series “Lovers of the Red Sky” (2021).

Jang will star as Chun Sang-hyuk, a form of cupid who falls in love with a girl named Oh Baek-ryun (played by Nana) after accidently shooting himself with his own arrow. The mythical creature is currently living on Earth, where he does not belong, after injuring his wings some 500 years earlier.

Nana’s character Oh Baek-ryun is a veterinary surgeon. Though many men desire her love, she does not open her heart to anyone.

The production team, HB Entertainment, said, “everyone knows it’s a fantasy but they want to see such a fantasy-like rom-com and a fun character like the cupid who they can fall head over heels for.”

Jang's career started in an unusual way. In 2015, he was interviewed in a news segment as a university student who had caught an armed robber in a convenience store. His looks and courage quickly caught the attention of talent agencies, and he eventually made his debut through the web drama “Women at a Game Company” the following year.

He is best known for his role in “The Tale of Nokdu” (2019). He starred in “Joseon Exorcist” (2021) as one of the leading characters, however, the drama faced a sudden suspension after two episodes following criticisms regarding history distortion.

Nana debuted as a member of girl group After School in 2009. She successfully transitioned to acting in 2016, playing a supporting role in the drama series “The Good Wife.”

“My Man is Cupid” is scheduled to premiere later this year.