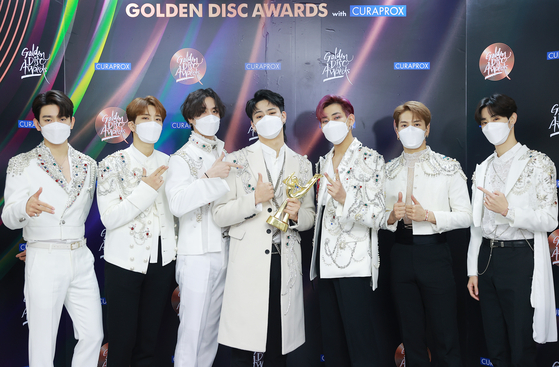 The tracklist for “GOT7” was revealed on GOT7’s social media channels the same day.

According to the label, all six songs were created by the members.

“Nanana” was produced by member Jay B, who also produced “Truth” and “Don’t Leave Me Alone.” Youngjae produced “Drive Me To The Moon,” and Yugyeom created “TWO.”

Yugyeom and Jinyoung wrote and composed “Don’t Care About Me.”

On May 21 and 22, the band will perform its new songs in concerts titled "GOT7 Homecoming 2022 FanCon" at SK Olympic Handball Stadium in Songpa District, southern Seoul. The concert will also be streamed online.

Although the seven members did not renew their contracts with JYP Entertainment in 2021 and went their separate ways, they still continue to make music as a band.

GOT7 to hold fan concert later this month

Victon to release second part of 'Time Trilogy' on May 31