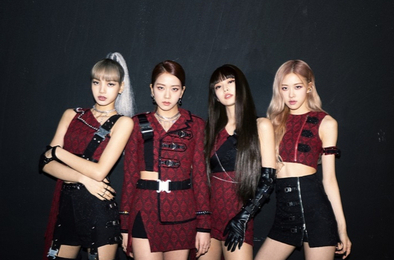 Blackpink will release its full-length album in September. [YG ENTERTAINMENT]


Girl group Blackpink has finished working on its first full-length album and plans to make it available to fans in three stages, its agency YG Entertainment said on Monday.

The agency hasn’t yet specified the number of tracks that the new album will contain, but it said on Monday there will be more than 10.

According to the agency, Blackpink will drop the project’s first new song in June, which will be the lead track of the album. The group will soon begin creating the choreography for the new music and shooting music videos.

The band will follow up with another “special” track in July or August. The company has declined to provide any details on the second track.
Blackpink’s first full-length album will be released in September.

“As this full-length album has been prepared over a long time, Blackpink will release it in three parts and will release more related content and performances than ever,” the agency said.

Blackpink’s new music has been highly anticipated since late last year as the group had not dropped a new release since April 2019.

The agency was grilled by the public and the police last year following scandals involving Seungri, a former member of its boy band Big Bang, and Yang Hyun-suk, the former head of the agency. The controversy hindered the group’s ability to record new music in 2019.

The group’s plans were halted yet again this year due to the coronavirus outbreak, but the group was back in the headlines when it made its first move in a year when it was featured on a track titled “Sour Candy” on pop star Lady Gaga’s upcoming album “Chromatica,” to be released on May 29.

“We will be initiating a variety of new plans along with Universal Music to make a global launch for Blackpink in 2020,” the agency said.

“We ask for your love and support for the members of Blackpink, who are giving their all to make their comeback.”