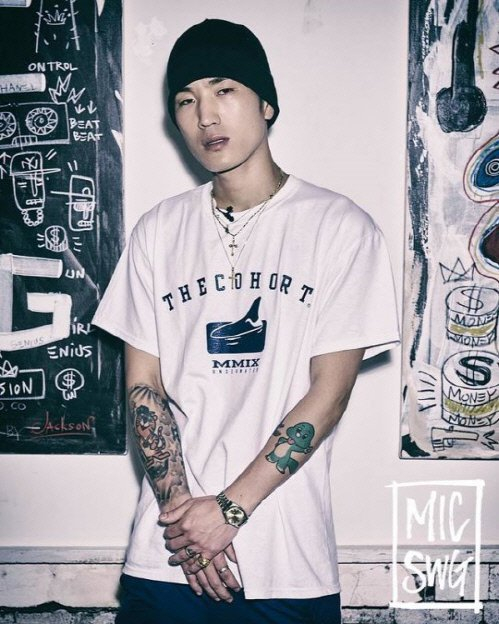 
Bickering on social media transgressed to reality when rapper B-Free, whose real name is Choi Seong-ho, was arrested by police on charges of inflicting physical violence on another rapper Jeong Jin-chae, known as Kingchi Mane, on Sunday.

On Saturday night, the two rappers were throwing rhymes at each another on Instagram when B-Free expressed anger at a comment Kingchi Mane wrote.

Although Kingchi Mane apologized, B-Free went to his home and allegedly hit him in the face at a villa parking lot in Huam-dong, central Seoul.

On Sunday morning, Kingchi Mane posted a picture of his face and back on his account.

“Due to our earlier dispute I was personally contacting B-Free and he demanded that I give him my address,” the rapper wrote. “I thought I could resolve this face to face, but when he came by my house at 10:20 p.m. he suddenly hit me and the police arrested him on the spot."

“He was an artist that I once respected, but not anymore,” he continued. “You said you liked hitting people, so I hope you pay the price [for what you did].”

The two artists had appeared together in the eighth season of the hip hop competition program “Show Me the Money” last year. However, Kingchi Mane’s face was blurred after it was found that he had been a part of a chat room where he sexually harassed his fellow students while attending Hankuk University of Foreign Studies.