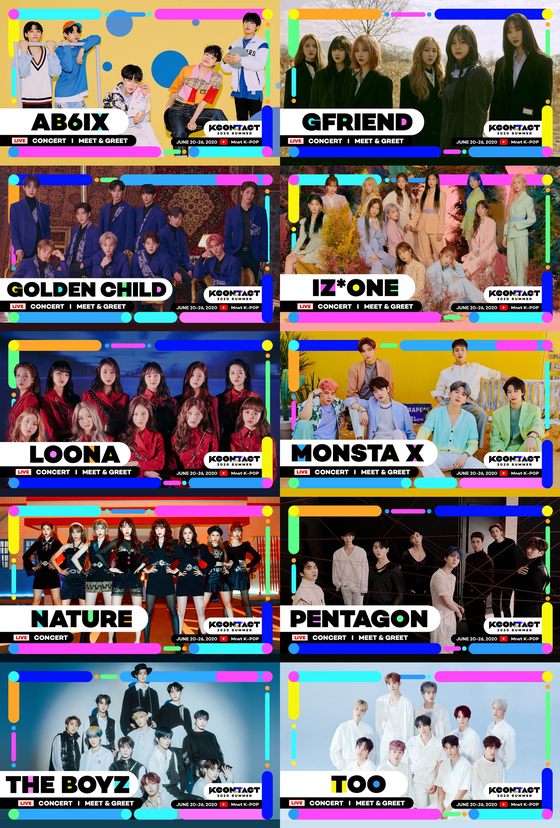 CJ ENM's first ever online KCON revealed its lineup of musicians on Thursday, offering a peek into the K-pop concert program prepared as a part of the K-culture fiesta.

Different stars will perform on each day of the seven-day run from June 20 to 26, which will be streamed live through YouTube as the K-pop program of "KCON:TACT 2020 Summer."

Using the latest technology such as augmented reality, musicians will sport their most impressive backdrops to date, especially designed to give the best experience for fans watching through mobile.

Stars will also get to communicate with fans through the meet and greet program, through which fans get to write comments and artists respond by writing letters drawn by AR.

KCON has been held every year in different venues around the world since 2012, giving global Hallyu, or Korean Wave, fans a chance to enjoy K-culture in their regions.

This year's KCON will be held online for the first time due to the coronavirus pandemic. Some 30 musicians will be revealed for the final lineup.