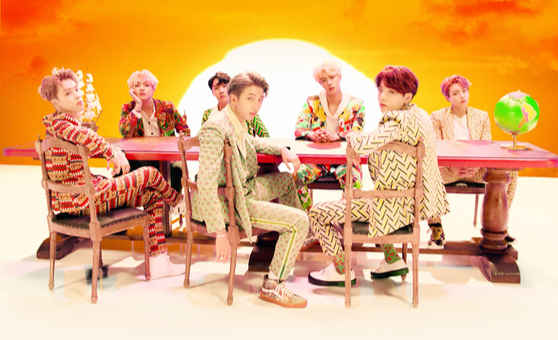 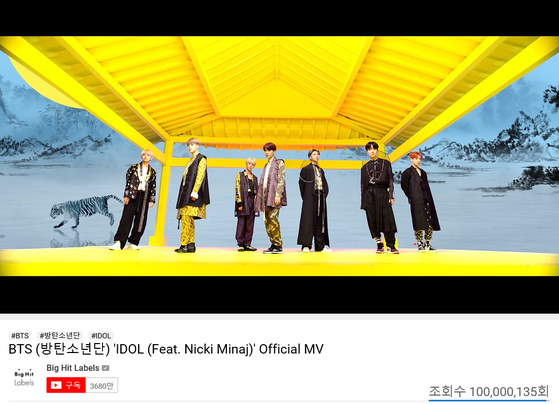 The collaboration version of the band's 2018 hit "Idol" is a special digital track that's not included on the band's third full-length album "Love Yourself: Answer" (2018).

The track garnered international attention before it even dropped thanks to the high-profile collaboration, and debuted at No. 11 on Billboard's Hot 100 chart immediately after its release.

The music video took a trendy twist on Korea's traditional visual elements that were used in the original video by mixing them with Minaj's English lyrics to form a cross-cultural vibe on screen.

The band's music video for "DNA" recently surpassed 1 billion views on YouTube, the highest for the group.

BTS will take part in Google's online graduation ceremony "Dear Class of 2020" on Sunday along with former U.S. president Barack Obama and Google CEO Sundar Pichai. The event was scheduled to take place on June 6, but was postponed a day in respect of George Floyd, whose death by the police has stoked anger and protests across America.