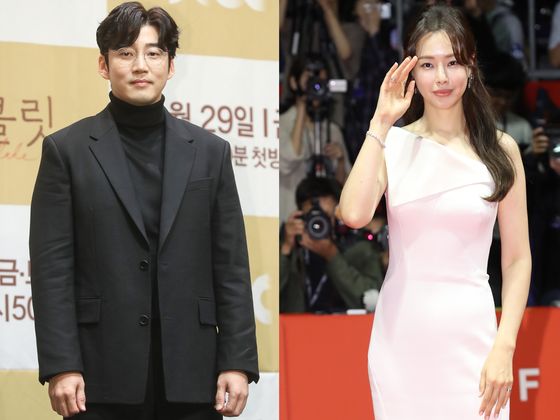 
After dating for seven years, celebrity couple Yoon Kye-sang and Lee Ha-nee are no longer an item.


The couple’s agency Saram Entertainment confirmed their split on Thursday.

“The two actors have recently decided to end their relationship but will remain good colleagues,” the agency reported.

Yoon and Lee met in 2012 at the Busan International Film Festival before going public with their relationship in 2013. The iconic couple was beloved by fans.

"After much deliberation, both sides have reached an agreement to terminate our contract,” the agency reported. “Yoon will be taking a break for a while and we express our heartfelt gratitude to him for being with us for so long.”

According to an Ilgan Sports report, an industry insider told the press that Yoon is looking for a new agency after he broke up with Lee earlier this year. Yoon signed with Saram Entertainment in 2013 and Lee soon followed.