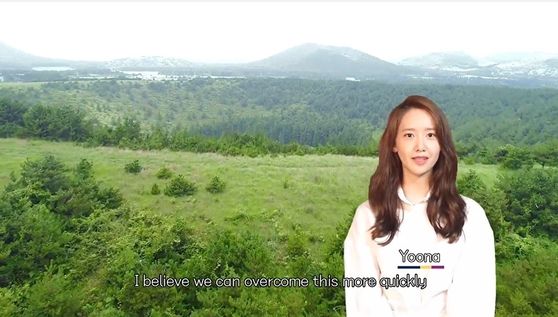 The Korea Tourism Organization launches Wednesday a series of promotional videos starring K-pop artists and Hallyu (Korean Wave) stars introducing major attractions in Korea. Yoona of girl group Girls' Generation shown above, starred in the first of the series uploaded on the Korea Tourism Organization TV's channel on YouTube on Wednesday, introducing Jeju Island. The series was organized to introduce tourist attractions amid the Covid-19 outbreak, to encourage people to make travel plans for the future. The series will be uploaded in parts through June 26.