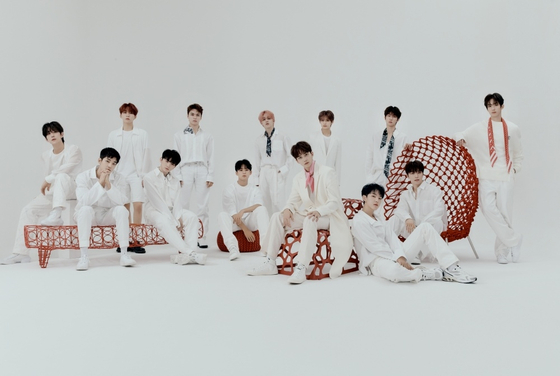 Ahead of its official release on Sept. 9, boy band Seventeen aired the title song of its upcoming EP "24H" for the first time on Japanese FM radio program "School of Lock!" on Tuesday, the group’s agency Pledis Entertainment said on Wednesday.

"'24H' is a song that sends a message that 'Seventeen is always with Carats [the fandom name for Seventeen],’” the agency said.

The upcoming second Japanese EP “24H” consists of “24H,” "247," "Chilli" and “Pinwheel,” and the Japanese version of “Together” from Seventeen’s seventh EP "Heng:garae" released in June.

"Heng:garae" topped Japan's Oricon Weekly Album Chart for the second consecutive week, becoming the first foreign male act to do so in 12 years since the Backstreet Boys with “Unbreakable” in 2007.

They are scheduled to meet fans around the world online through a meet-and-greet event, dubbed “Seventeen in Carat Land," on Aug. 30.