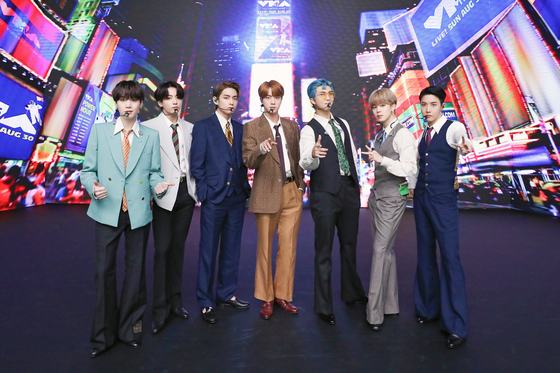 
Boy band BTS was honored with four awards at the 2020 MTV Video Music Awards (VMAs) on Monday, taking home the Best Pop award for the first time since its debut.

BTS was invited to the 2020 VMAs this year both as a nominee in four categories and also to perform. Though they could not attend the ceremony in person due to the coronavirus, they shot their performance video and acceptance speech in Korea and had them played during the awards.

BTS was nominated for Best Pop, Best K-pop, Best Choreography and Best Group this year for its fourth full-length album "Map of the Soul: 7" released in February this year and its lead track "On." 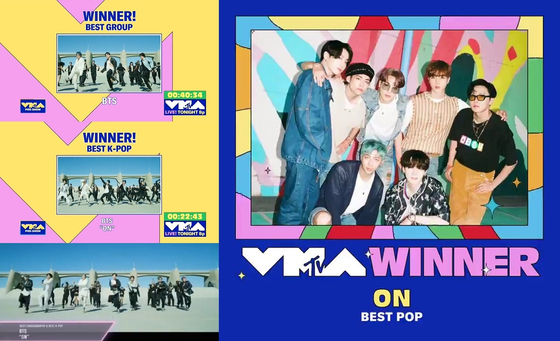 
They swept the show, winning all four awards, two of which — Best Group and Best K-pop — the band had won for the second year in a row.

"We are truly honored, and we want to give credit to our fans ARMY," said member Jungkook.

BTS also performed its latest single "Dynamite" for the first time for the awards, for which leader RM said, "We've never been there, first time ever, so we're very nervous."

"Dynamite" was released on Aug. 21 as a bright disco dance pop track as a gift to fans all around the world currently struggling to deal with the Covid-19 pandemic.