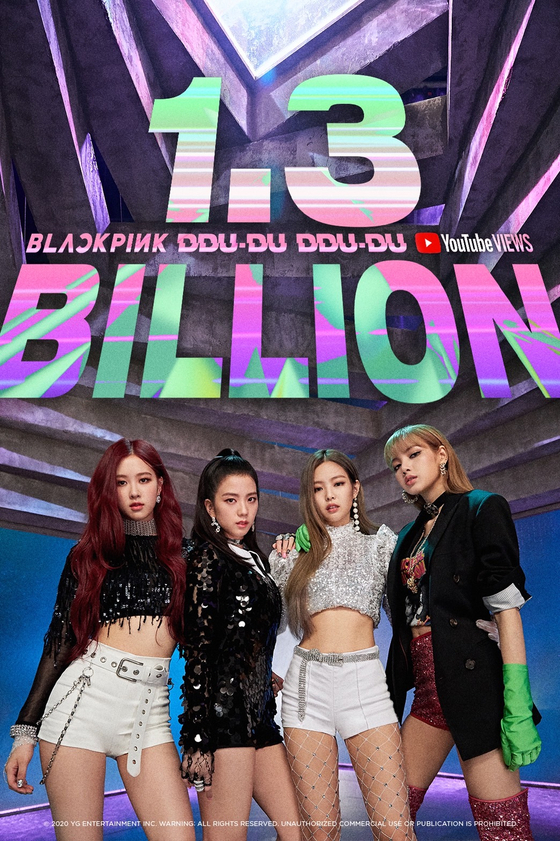 
Girl group Blackpink’s music video for the song “Ddu-du Ddu-du” has been watched more than 1.3 billion times on YouTube as of Saturday, breaking its own record as the most-watched video by a K-pop group.

The song was released on the EP “Square Up,” released in 2018. It was the K-pop music video seen the most across the world that year, according to Blackpink's agency YG Entertainment. It also went up to No. 40 on the Billboard 200 and No. 55 on the Billboard Hot 100, which was a record for K-pop girl groups at the time.


Blackpink is the only K-pop group that has two of its videos with more than 1 billion views. Psy's "Gangnam Style" (2013) is still some distance out in front, with 3.7 billion YouTube views.

It currently has about 47 million subscribers to its YouTube channel, the third largest of any artist on YouTube, according to YG Entertainment.