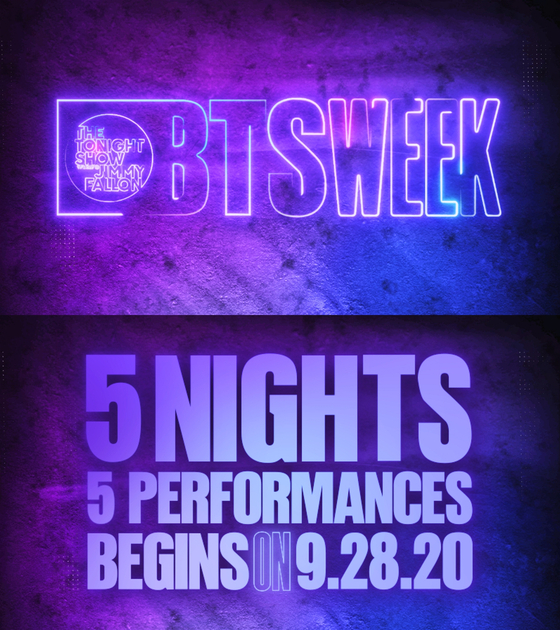 Now you can add “BTS Week” to the list as NBC’s “The Tonight Show Starring Jimmy Fallon” will air a weeklong special titled “BTS Week” from Sept. 28.

"We love having BTS on the show," host Jimmy Fallon said in a statement. "Last time we had them on we took over Grand Central Terminal, so we had our work cut out for us to top that." 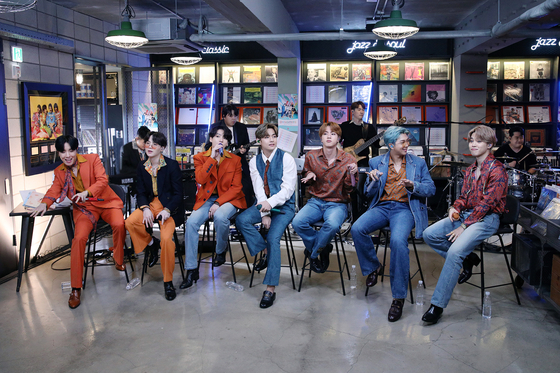 K-pop group BTS performing on the "Tiny Desk Concert" show on National Public Radio in the U.S. on Sept. 21.


BTS appeared on “The Tonight Show” in February, performing its single “ON.”

Meanwhile, the band garnered nominations in two categories — Top Duo/Group and Top Social Artist — for the 2020 Billboard Music Awards set for next month in the United States.

P1Harmony, Pink Sweat$ to drop 'Gotta Get Back' next week