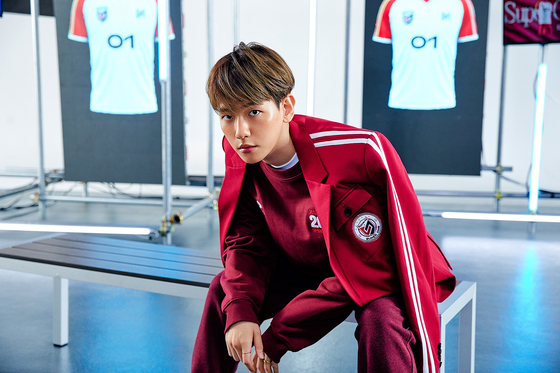 
SuperM will be releasing the title track of its first full-length album at 1 p.m. today.

Title track "One (Monster & Infinity)" is a hybrid remix combining two songs from the album: "Monster" and "Infinity."

On Sept. 24, the boy band will appear on "The Ellen DeGeneres Show."

"In addition to the narrative composition of the song and the catharsis of the transition, the lyrics expressing the will to overcome hardships ahead to go higher is impressive," explained SM Entertainment, the group's agency, about "One (Monster & Infinity)."

The band made a powerful debut in October last year with "SuperM: The 1st Mini Album," topping the Billboard 200. It was the second K-pop group to do so after BTS.