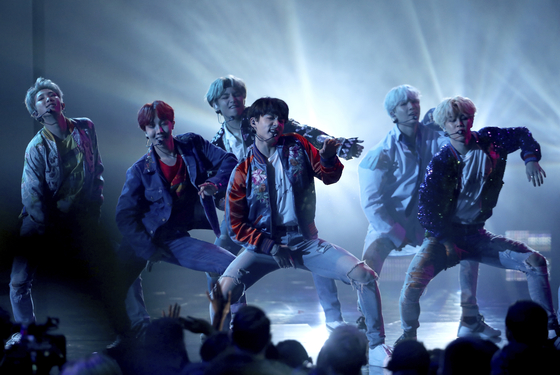 BTS performs "DNA" at the American Music Awards at the Microsoft Theater on Sunday, Nov. 19, 2017, in Los Angeles. [AP/YONHAP]


The music video for BTS’s song “DNA” has been watched over 1.1 billion times on YouTube as of Monday.

BTS is the first Korean group or artist to land a song on both Billboard’s “Hot 100” and “Billboard 200” charts at the same time. As soon as “DNA” was released, it entered the “Hot 100” list and stayed there for four weeks, while remaining for six weeks on the “Billboard 200.”

BTS has a total of 26 music videos that have been viewed more than 100 million times. “Boy with Luv” has been seen over 900 million times and “Fake Love,” “Idol" and the remix of “MIC Drop” have each been streamed over 700 million times on YouTube.