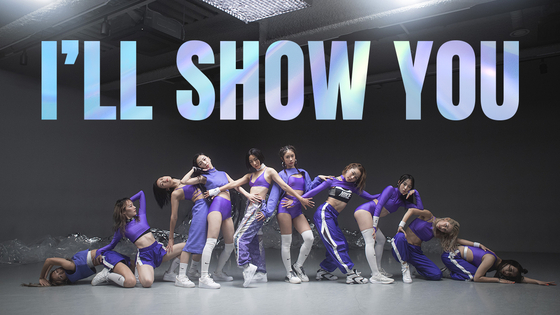 K/DA is a girl group made up of four characters from online game League of Legends (LoL) by Riot Games.

"I'll Show You" was released as a part of K/DA's first EP "All Out," which was released on Nov. 6 with five tracks.

Since the virtual girls of the group can't sing, real singers — including Soyeon and Miyeon from K-pop girl group (G)I-DLE and pop singers Madison Beer and Jaira Burns — lent their voices to the song. Girl group Twice appears as a featured guest.

Renowned choreographer and dancer Lia Kim, who is the leader of 1MILLION, created the upbeat dance for the song.


Lia Kim was the mastermind of many K-pop dances including the choreography on Twice's "TT" (2016), Sunmi's "Gashina" (2017) and K/DA's "More" (2020). The choreography video for "More" has garnered over five million views since its release two weeks ago.

"Working for this project has been a very refreshing experience, and it's meaningful that dance is combined with games," 1MILLION Dance Studio said in a statement.

A behind-the-scenes video of the making of the video is also available on 1MILLION's official YouTube channel.