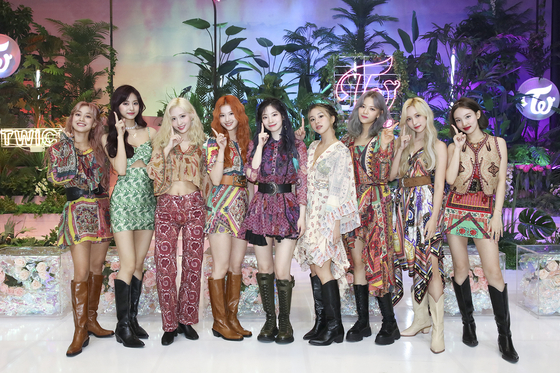 Girl group Twice has topped music charts in and outside of Korea with its latest EP "More & More," its agency JYP Entertainment said on Tuesday.


According to the agency, the group's new seven-track EP and its title track topped Korea's biggest music charts Melon, Genie Music, Bugs and Soribada immediately after its release on Monday evening, continuing to hold the top spots on Tuesday morning.

“More & More” also sat on No. 1 of Japan's Line Music Top 100 chart, as well as the iTunes Album Chart in 30 regions including Japan, Brazil and Russia. The 30-region record is the highest for the group.

The music video for "More & More" has also gone viral. It was viewed over 14.7 million times within 15 hours of its release — reaching the number nine hours faster than the group’s previous hit, "Feel Special" (2019).

The EP currently sits on YouTube's Trending Worldwide chart, as well as at the top of the trending chart in 21 countries including Korea, Britain, Canada and Brazil, and at No. 3 in the United States. 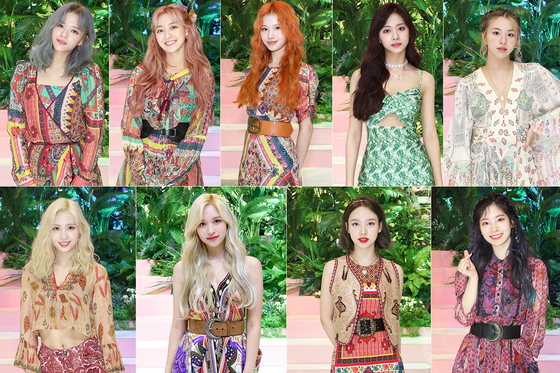 The group took a nine-month break after “Feel Special” to prepare “More & More,” the longest they’ve ever spent on an EP. The new record also marks the return of Mina, who had been taking a leave of absence due to anxiety.


"We want to hear that this music is refreshing," said the group in an official press release.

"We'd like to hear that Twice is maturing and that people look forward to our next album, too."