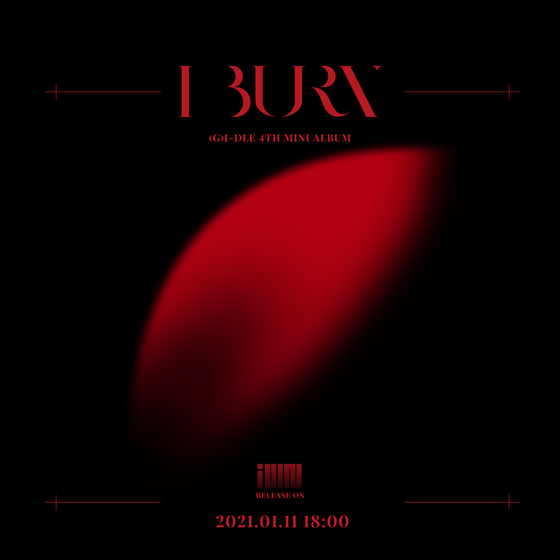 The teaser image for (G)I-DLE's fourth EP ″I burn,″ to drop on Jan. 11 [CUBE ENTERTAINMENT]

The band's agency Cube Entertainment released a teaser image on Tuesday, with a mysterious red object in the middle of a black background.

The band's last single "DUMDi DUMDi" sat at No. 1 on the iTunes top song chart in 41 regions around the world, two days after its release on Aug. 3.

(G)I-DLE held its first online concert "I-Land: Who Am I" in July, which was also the band's first-ever solo concert since its debut.

Some 11,000 viewers from around the world each paid 39,000 won ($33) for a ticket, according to the band's agency Cube Entertainment, marking a successful feat for the first-time event.