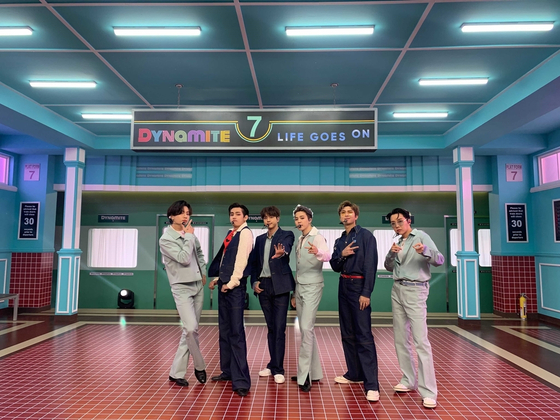 
BTS was the first recipient of the Special International Music Award established this year by the 62nd Japan Record Awards.

Its victory was announced at a ceremony aired Wednesday by Japanese broadcaster TBS and the group gave an acceptance speech via video. It was the only non-Japanese act to bag an award at the event.

In the video message, the band thanks its fans, known as ARMY, and expressed hope that its music can offer consolation and strength to listeners.

For the ceremony, BTS performed its hit song “Dynamite,” which was released in August, and the track “Life Goes On” from its latest album “BE (Deluxe Edition).”

BTS has many fans in Japan. According to a year-end ranking by Japan’s Oricon music chart, the band’s Japanese album “Map of the Soul: 7 ~ The Journey~,” released in July, was the third best-selling album of the year, selling more than 658,000 copies.