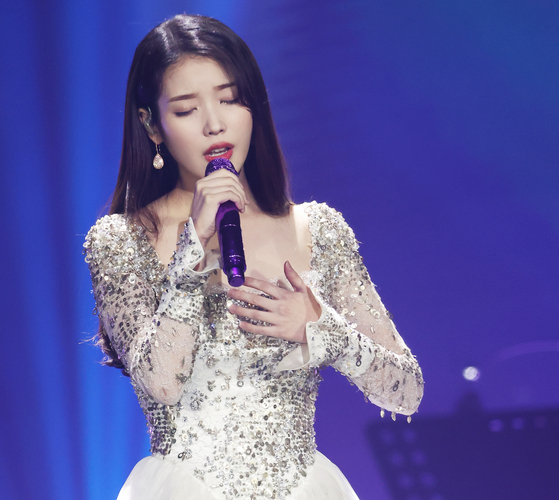 
IU will release a new song on Jan. 27 ahead of the release of her fifth album, according to her agency EDAM Entertainment on Monday. It has been three years since IU released her most recent full-length album “Palette” in 2017.

The release date of the album has not yet been announced, but the track dropping on Jan. 27 will be included on the album as well.

The singer has signaled that she had new music on the way over the weekend, when she received the grand prize in the digital music category for the 35th edition of the Golden Disc Awards.

EDAM Entertainment said IU is incorporating cheerful pop sounds in her album, a new genre for one of Korea's most well-known solo artists.

Earlier this year, IU collaborated with BTS member Suga to release digital single “eight” in May, which shot to the top of music charts across the world.