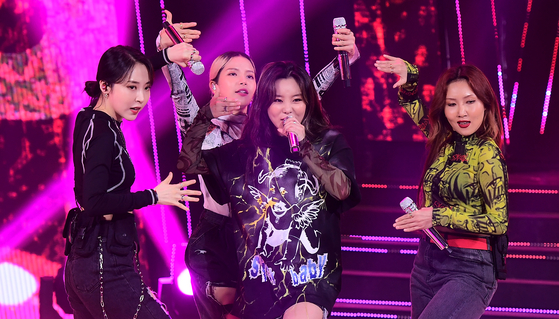 
K-pop girl group Mamamoo made its first appearance on a major Japanese TV channel Tuesday since debuting in 2014.

Mamamoo premiered the Japanese version of its song “Dingga” on “We News,” a live segment of Nippon TV’s morning show “Sukkiri,” according to the group's management agency RBW on Wednesday.

After the live performance, the members sat down with the show's hosts to chat about their hobbies and favorite foods. Search terms related to Mamamoo topped the trending list on Japanese Twitter.

Mamamoo debuted in Japan in 2018 with the single “Décalcomanie” and went on a tour of major cities in the country such as Tokyo, Osaka and Nagoya the same year.