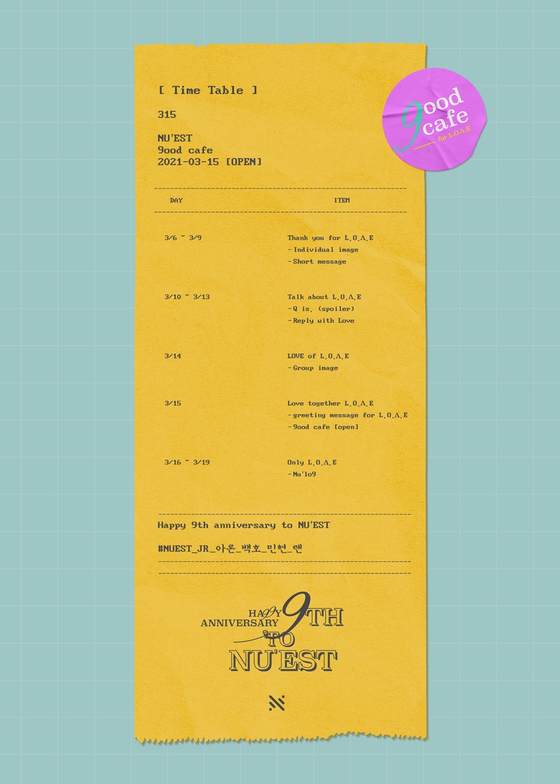 
Boy band NU'EST will celebrate its ninth anniversary with a series of new content to be revealed starting this weekend, its agency Pledis Entertainment said on Friday.

The agency released a time table of the scheduled dates for the "2021 Ha99y 9th anniversary to NU’EST" content relay, which announced that pictures and short messages from the individual members will be released from March 6 to 9.

Next week there will be a question-and-answer session from the band, followed by a group picture with all members.

NU'EST debuted on March 15, 2012, with "FACE" and rose to fame after its members took part in the second season of Mnet's audition program "Produce 101" in 2017 and its members scored high in the public votes.

Member Minhyun made it to the final project band Wanna One and rejoined NU'EST in 2019.

The band released its Japanese full-length album "Drive" in October last year. Its last release in Korea was its eighth EP "The Nocturne," released in May 2020.