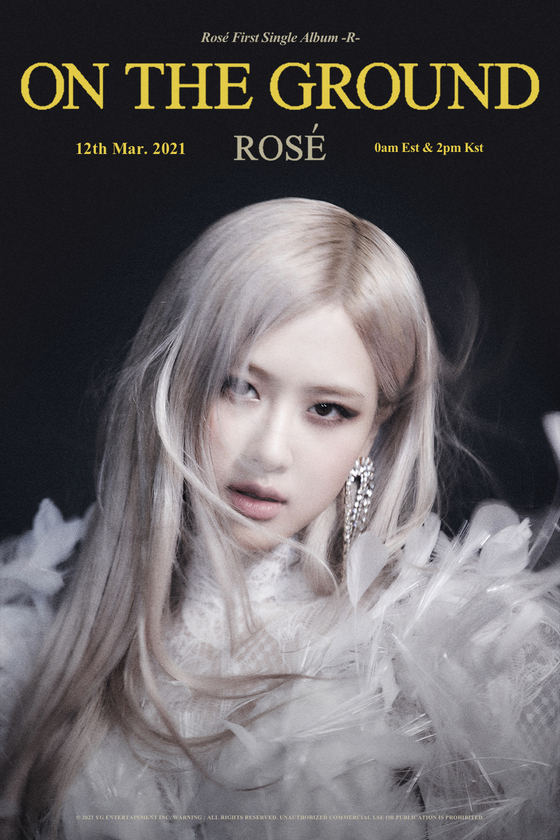 
Rosé of girl group Blackpink set a new record for most YouTube views in 24 hours by a solo K-pop artist, with her music video for "On The Ground," according to YouTube on Tuesday.

"On The Ground" is the lead track of her first solo album "R" released on Friday. The music video was also uploaded on YouTube on Friday, and garnered 41.60 million views in the first 24 hours of its release.

This broke the previous record set by the music video for singer Psy's hit song "Gangnam Style" in 2012, viewed by 36 million in the first 24 hours.

Rosé's music video also set a new record for most concurrent YouTube viewers at the point of its release, for a solo artist.The video topped YouTube's most-viewed list on the day of its release, and is expected to hit 100 million total views soon.

Rosé is set to appear on the NBC show "The Tonight Show Starring Jimmy Fallon" on Tuesday.