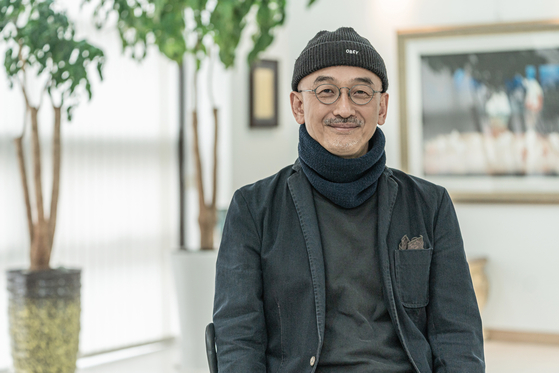 
Finding the delicate balance between fiction and facts when working on any historical drama can be extremely difficult, especially when they are centered around real people that have been documented on record. While most presume the content of television series or movies is fictitious, audiences are quick to turn their backs at the slightest misinterpretation or distortion.

Director Lee Joon-ik’s representative films consist mostly of such historical dramas: He directed “King and the Clown” (2005), “The Throne” (2014), “Dongju: The Portrait of a Poet” (2016) and “Anarchist from Colony” (2017), all of which not only reaped commercial success but also received some well-earned praise from audiences and critics alike for his interpretation of the historical figures.

In the upcoming “The Book of Fish,” set for local release on March 31, the director focuses on scholar Jeong Yak-jeon (1758-1816), played by Seol Kyung-gu, when he was exiled to Heuksan Island during the Catholic Persecution of 1801, also known as Sinyu Persecution during King Sunjo’s reign in the Joseon Dynasty (1392-1910). It was during his exile that the scholar wrote a book on marine biology titled “Jasaneobo” to help peasants decipher the 226 varieties of fish and marine life living in the waters surrounding the island. 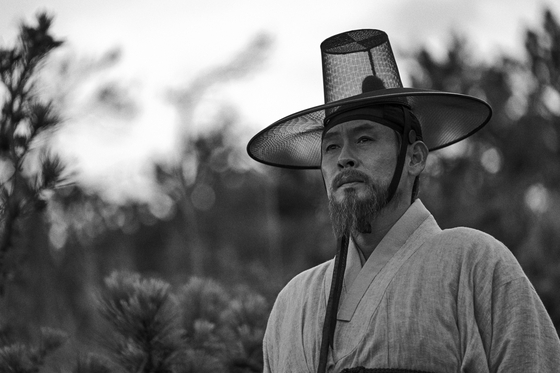 In director Lee Joon-ik's upcoming film "The Book of Fish" which hits local theaters on March 31, the director focuses on the life of scholar Jeong Yak-jeon (played by Seol Kyung-gu) who was exiled to Heuksan Island during the reign of King Sunjo where he wrote his book "Jasaneobo."[MEGABOX PLUS M]


“His brother Jeong Yak-yong [1762-1836] is already a universally recognized figure, even by the Unesco, because his philosophy and works such as ‘Mokminsimseo’ explain a part of that dynasty’s civilization,” Lee said during an online interview with the Korea JoongAng Daily on Friday as he explained why he chose to highlight the scholar instead of his more famous brother. “He’s [Yak-yong] known to have written some 500 books [during his exile]. But King Jeongjo wrote in the records that ‘the older brother is better than the younger brother.’[It’s because] he was at the opposite end from Jeong Yak-yong who clung to that generation’s agenda, neo-Confucianism; If neo-Confucianism is based on historical figures, Jasaneobo is about natural science. It was something that Joseon aristocrats lacked, and the result is one which transcends social hierarchy and rank. What I’m trying to show is that difference between Mokminsimseo and Jasaneobo, not about their right and wrong.” 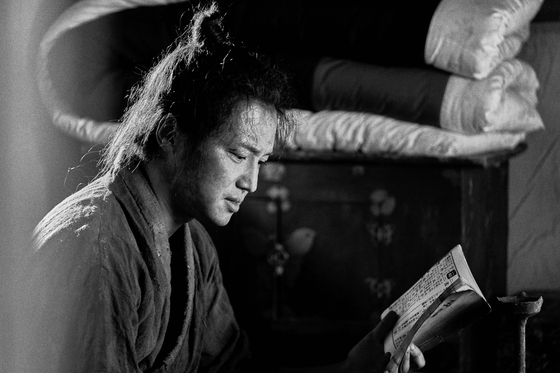 Chang-dae (portrayed by Byun Yo-han) is a spirited young man living on the remote island with ambitions of climbing the social ranks and changing the world through his studies. [MEGABOX PLUS M]


Lee also utilized a fisherman named Chang-dae (played by Byun Yo-han) as a character to complete the biographical structure of the story of Jeong Yak-jeon. At the preface of Jasaneobo, the scholar explicitly mentions his name and describes him as a person “who is quiet and perceptive to minutely observe everything [he] sees and hears.”

Chang-dae also appears throughout the text on the marine animals that the scholar cited from this youth, but that is all that is recorded about him in historical records. The director crafted a fictitious narrative centered around Chang-dae, a bright-eyed, spirited young man living on the remote island with his own personal desires to climb the social ranks, who meets Jeong Yak-jeon and becomes his friend, teacher and student.

“I had to set Chang-dae upon such path to reveal Yak-jeon’s essence,” Lee said. “This is Yak-jeon’s story but if [I] were to have put him at the center, it becomes nothing more than a mere biography of a great man. If [I] were to keep an objective viewpoint, as to not overly glamorize his work, I needed a comparison. The most obvious comparison would be his brother, Yak-yong, but [the film’s] title is Jasaneobo. The inspiration that led Yak-jeon to start writing this book was Chang-dae. And I needed him, even if it’s only partially, to have a connection with that civilization, to show [the audience] through his eyes the corruptive practices of the bureaucrats and what led the peasants to rebel against the system. That’s why I made Chang-dae that way; If he was only created for entertainment then that’s not meaningful enough [...] You need a proper justification to create a fictional character. That’s how you breathe life into other characters and they become people that resonate with the audience.” 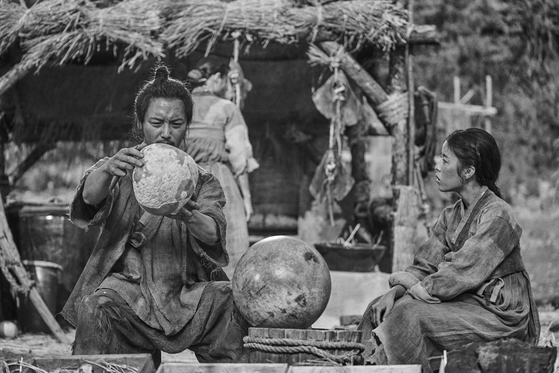 
“The entertaining part about Chang-dae is that he used to have unfulfilled desires which reach a turning point when he meets Yak-jeon,” Lee said. “And that process [of change] has to be genuine. Like a metamorphosis of a butterfly, he needed to ultimately arrive at the stage of taking responsibility for the results of his life.”

“The Book of Fish” is also the director’s second black-and-white film after “Dongju.” He chose the medium in the hopes of giving audiences a feeling of being taken back to the past.

“Black-and-white is fantasy, because color is reality,” Lee said. “People think black-and-white is of the past and color is present, because we judge accordingly to the standards set by the civilization — the black-and-white screen came first, and then progressed to color. Black-and-white films are now a thing of the past, it’s now a fantasy that doesn’t exist in our daily lives [...] Filming black-and-white is easier than color in some ways, but harder in others. It’s easier because what I’m trying to convey becomes more salient [in black-and-white] but, if my intentions aren’t clear, [that confusion] is immediately reflected on the screen. In color, there are many visual distractions and I may be able to fake or cover them up in some other ways, but black-and-white doesn’t lie.”

Lee singles out the scene in which Yak-jeon stands precariously on the edge of a cliff, drunk, and stares out to the sea from Heuksan Island as the most memorable in the movie.

“That angle in which Yak-jeon is facing the sea from the cliff looks very majestic,” Lee said. “But there was nothing special about the filming, I just propped up the camera there. It was actually a day-for-night scene — even though it was a night scene we filmed it during the day and darkened the screen [during editing]. But didn’t it seem natural as if it were really filmed during the night? The actual location of the place was Docho Island, but it’s similar to the setting of Heuksan. It was so beautiful and I wondered if I could film such breathtaking scenery for other films. I don’t think I can.”

The final scene in the movie, where Chang-dae and his family return to Heuksan Island turns to color as if to say his journey and lessons learned can be linked to the present as well.

“History is reflected in the present, and the same goes for this genre,” the director said. “To see [the world] as it is shown, not through the way one wants to see, is what Chang-dae’s journey is about. Chang-dae's character tells the story of one young man’s journey of understanding civilization’s inconsistencies and accepting and respecting different viewpoints instead of categorizing them as right or wrong. I don’t think there’s anything else that [matters]. I just came to gradually realize this as I got older.”