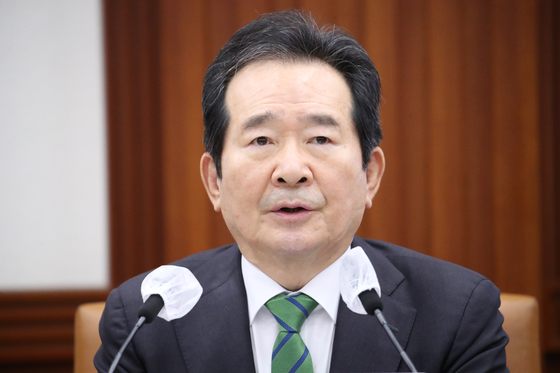 Prime Minister Chung Sye-kyun speaks at a Covid-19 response meeting on Friday. The government said it will keep the current social distancing levels for another three weeks, despite increases in new cases. [YONHAP]


The government said Friday it will keep current social distancing levels for another three weeks despite growing concerns over another wave of Covid-19 infections.

The Central Disaster and Safety Countermeasures Headquarters announced the decision, including a continuing ban on gatherings of five or more people, Friday morning.

Prime Minister Chung Sye-kyun said Friday that the government decided to maintain the current social distancing levels, despite the risk of a fourth wave of infections, because the public is tired of extended controls and due to concerns over the economic impact.


As of now, the greater Seoul area -- including Incheon and Gyeonggi Province -- Busan and Daejeon are at Level 2 social distancing, the third highest in a five-tier system. Level 1.5 measures are imposed on other areas.

The restrictions will remain until May 2, but local governments are allowed to increase the social distancing level and strengthen infection prevention measures if they want.

In addition to the current measures, hostess bars, "room salons" and nightclubs in the capital region and Busan will be barred from operation starting next week. Operation of noraebang (singing rooms), gyms, restaurants and cafes will be allowed until 10 p.m. 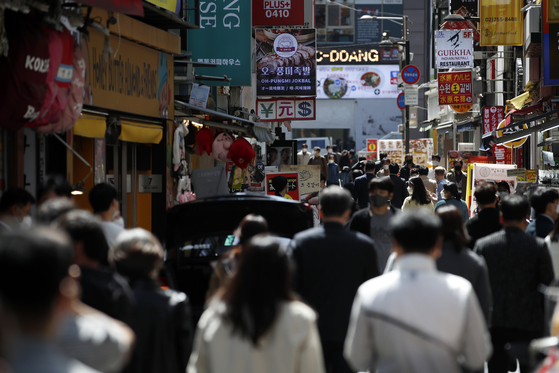 An alley in the restaurant district of Myeong-dong, central Seoul, is filled with people on Friday during lunch hours. [NEWS1]


Concerns are growing about another wave of infections. The country saw 671 new daily Covid-19 cases Friday, the Korea Disease Control and Prevention Agency (KDCA) said. Among them, 644 were local infections.

Friday’s daily figure was lower than 700 on Thursday, but still larger than 668 on Wednesday. The total caseload was 108,269 as of Friday.

Six more deaths were reported Friday, increasing the total toll to 1,764. The fatality rate was 1.63 percent.

Meanwhile, newly-elected Seoul Mayor Oh Se-hoon hosted a meeting with senior officials of the Seoul Metropolitan Government and reviewed the city’s responses to stop the infections. 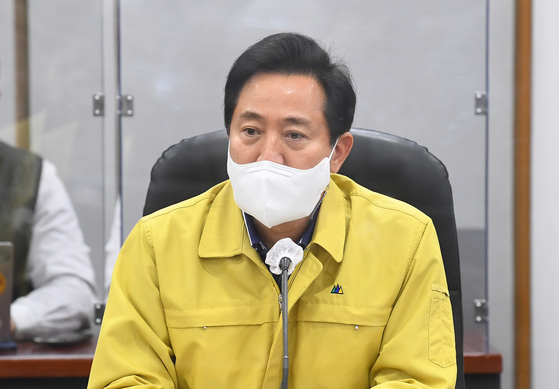 He said the central government’s social distancing measures were too general and failed to take into account the specifics of different types of businesses. Oh said the city government will have to come up with more detailed and effective social distancing guidelines as Seoul has a population of over 10 million. The city government will meet with different industries to listen to their opinions.