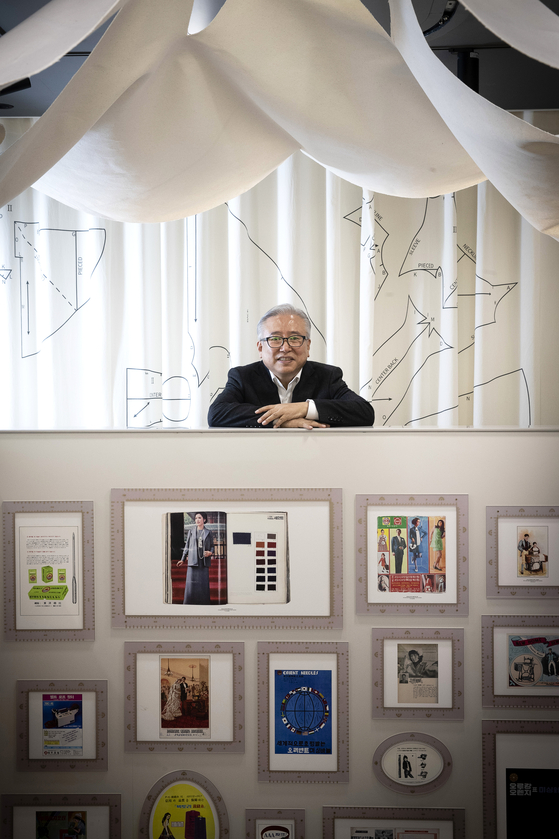 
Along a narrow alleyway near exit 1 of Dongdaemun Station in central Seoul, garment factories are crowded together. They are the last surviving remnants of an industry that helped Korea industrialize — and made Dongdaemun Korea's fashion mecca.

Motorcycles still transport fabric and clothes around the area. Many go by the Iumpium Sewing History Museum, set up in 2018 to honor the legacy of Korea's garment industry.

On the third floor, mannequins are donned in anonymous white cotton dresses, stylized silhouettes representing an industry that thrived on variety. The dresses on display are by 67-year-old Seo Wan-seok, Korea's first master draper in terms of Western attire. 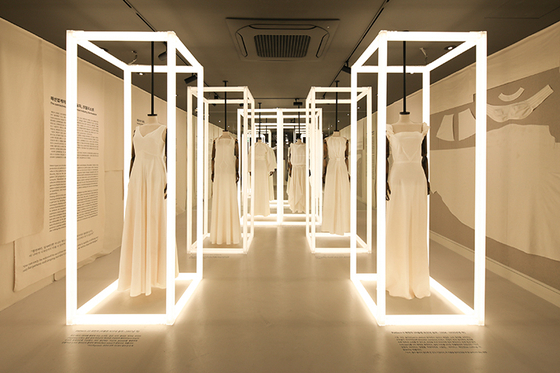 
An exhibition on this trailblazer, "The Pioneer of Draping in Korea; A Master-hand in Domestic Fashion Industry, Wan Seok Seo," opened last October and runs through May 30. It shines a rare spotlight on drapers, also called modelists or paeteonsa in Korean, who have not been widely appreciated inside the local fashion industry.

A draper is someone who cuts cloth based on a design, considers sizes and body shapes, and makes clothes actually fit a human body; a process dubbed "modelling after the patterns."

The draper is the craftsman who makes a designer's plan into reality.Specifically, Seo is an expert of three-dimensional patterns.

Two-dimensional patterns, also called "flat patterns," are familiar from films. A design is first drawn on a piece of paper, which is pinned on a length of cloth, and the cutting begins. Three-dimensional patterns, Seo's specialty, are more complex. Fabric is pinned directly on mannequins, respecting the curves of the human body. In this way, a garment is brought to life. 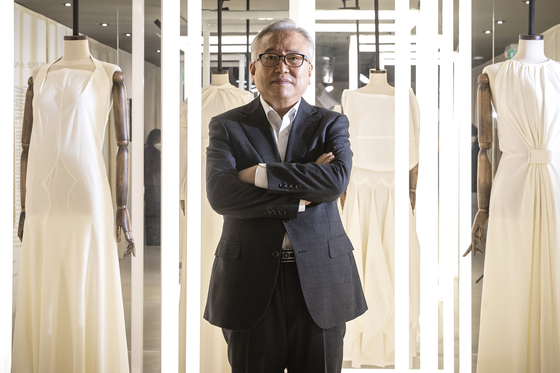 “Draping is just as important as the design when it comes to making good clothes,” said Seo. [JANG JIN-YOUNG]


After graduating from high school, Seo attended the Kookje Fashion Academy (later renamed the Kookje Fashion Design Occupational Training College) in Myeongdong, central Seoul and started working as a draper in 1974. Seo was in the industry from the dawn of Korean ready-made garments, since the clothing company Shinwon was founded in 1973 and Bando Fashion (now LF) in 1974.

"Back then, people got their clothes custom-made at the tailor's rather than [buying] ready-made clothes," said Seo during an interview with the JoongAng Ilbo, an affiliate of the Korea JoongAng Daily.

"I started working at a boutique in Myeongdong, and the concept of a designer was not widespread at the time. So the drapers referred to magazines to make all the clothes." 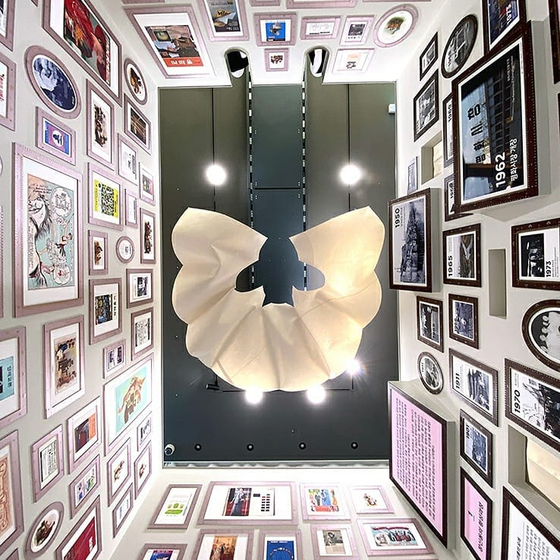 Works by Seo on display at the Iumpium Sewing History Museum. Draping brings curves of the human body and the texture of the fabric to life. [IUMPIUM SEWING HISTORY MUSEUM]


In the early stage of Seo's career, flat patterns were how clothes were made by the Korean garment industry. Seo had been working as a draper for about a decade when he heard about three-dimensional patterns at a seminar. He became convinced that the age of draping would soon emerge, and went to Japan to study at Tokyo's Vantan Design Institute in 1982.

He came back to Seoul in 1984 and opened his Draping Laboratory in Myeongdong.He gave technical guidance to domestic garment companies such as LF and Cheil Industries and devoted himself to raising the next generation of drapers.

Seo was noticed by the fashion industry in 1997 when he submitted ten draping works to the first Seoul Fashion Week. In 2004, he was named Korea's 379th master artisan of fashion design by a presidential decree. He is Korea's first and only master draper.

Draping is as important as design when it comes to making good clothes, Seo says.

"Sometimes the clothes look all right, but are uncomfortable for some reason or do not have a beautiful shape when you actually wear them," Seo says. "It's a matter of draping rather than design." 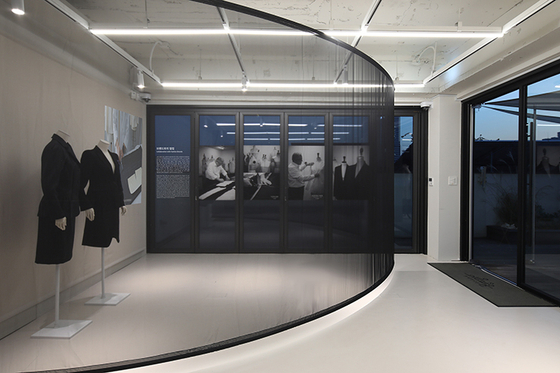 
Seo laments that Korea still treats drapers as nothing more than technical workers. He says there are many cases of draper-turned-designers abroad, most notably Tunisian designer Azzedine Alaïa, who founded the women's fashion brand Alaïa.

"Designers who are skilled at draping often create their own unique silhouettes," Seo says. "The reason that Korea doesn't have many world-class designers is because there's a lack of understanding of draping."

The standard of beautiful clothing changes depending on the times, and the average body shape has changed too. It's the draper's job to correctly reflect these changes on clothes.

"When you look at women's trousers today, the side seam has come out forward a lot compared to the past, because now they want their bottoms to look thicker and thighs to look slimmer. Koreans' body shapes have also changed; their limbs have been getting longer," says Seo.

Suit brands are declining, and casual wear such as sweatshirts, jeans and t-shirts have become popular among the public. But, Seo says, "the importance of draping remains the same." In fact, silhouettes are more important when it comes to casual wear, since a small difference can make clothes look baggy. 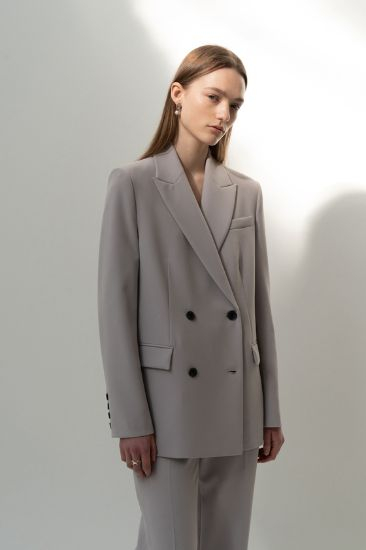 
Seo recently collaborated with Shinsegae International's online exclusive fashion brand 10MONTH. The brand focuses on clothes that are comfortable but still have fashionable silhouettes, which is why they asked Seo to help. The MasterFit suit, which Seo helped create, is 10MONTH's best-selling item.

As someone who worked with clothes for four decades, Seo advises people to "look at the inner lining" if they want to choose good clothes.

"If you look at foreign luxury brands, the finish of the lining is impeccable. If the lining is a mess, the inner and outer fabrics don't stretch together when the wearer moves, which causes discomfort even if you use good fabric on the outside."

Since many people buy clothes online, which makes them unable to touch the clothes before purchase, Seo says "look to see if the clothes maintain a good silhouette whether it's on a hanger, mannequin, or person." 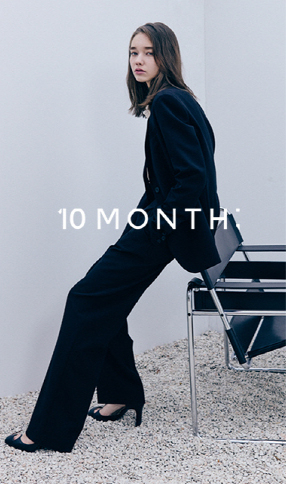 10MONTH focuses on clothes that are comfortable but still have fashionable silhouettes, which is why they requested Seo’s help. [10MONTH]


As a living witness to the Korean fashion business, Seo did not neglect some hard truths about the industry.

"In the past, people bought clothes from Dongdaemun Market and sold them in China. These days, they buy clothes from Guangzhou and sell them in Dongdaemun," suggesting that Korea's garment industry has lost its competitive advantage.

"The average age of garment professionals is also getting higher because of poor treatment [since fewer younger people are willing to enter the industry]. There has to be a profound support system if we want K-fashion to grow."