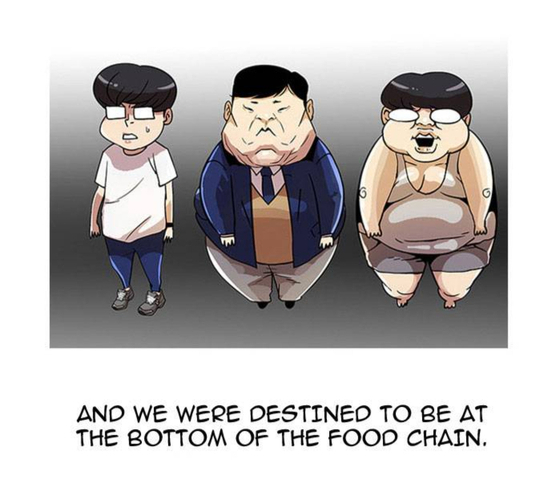 
In the Naver Webtoon high-school action drama series “Lookism” by Pak Tae-jun, main character Daniel is “an unattractive loner” who’s harassed and beaten up at school because of his short stature and chubby physique. His physical appearance along with his shy demeanor make him an easy target for bullies.

But one day he wakes up in the body of a tall and good-looking high school student. The new Daniel attends starts a new life at a new school as the cool, handsome kid and protects the more vulnerable students from being preyed upon.

“Lookism” started in November 2014 and quickly rose to the top of Naver’s list of most popular works, where it has remained even after 300 episodes. Its popularity can be attributed to a variety of factors: It is centered on lookism and the discrimination of people based on their appearance at a time when such issues are a sensitive topic in Korea; the theme of climbing the social ladder is a fantasy for most students; and its author was famous in the early 2000s as ulzzang or eoljjang, a term used to describe good-looking teenagers equivalent to today’s influencers. 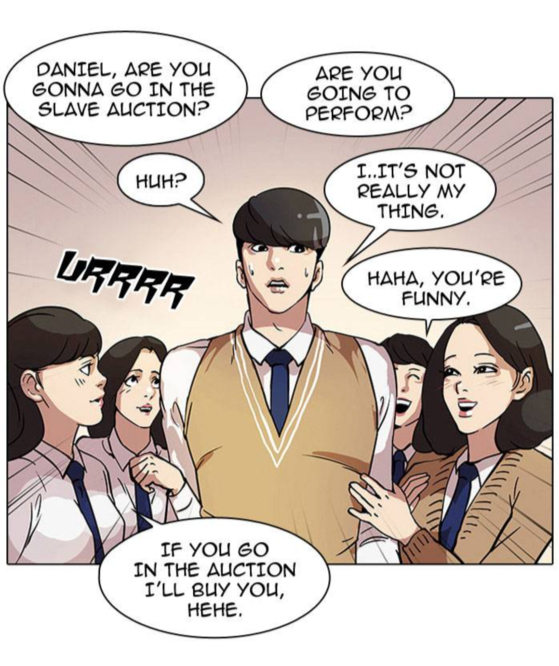 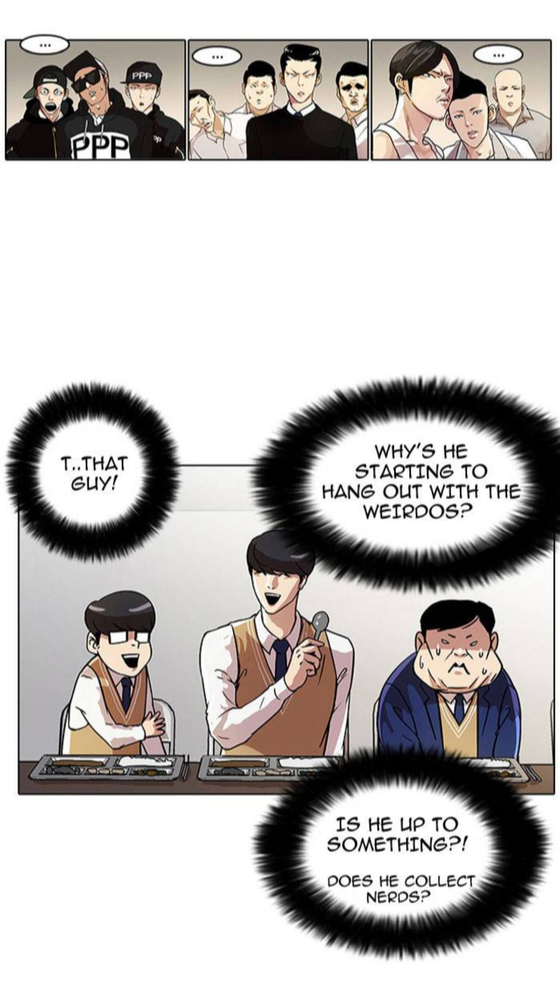 Scenes from the English version of "Lookism" by Pak Tae-jun shows the main character Daniel hang out with the "weirdos." [SCREEN CAPTURE]


The early episodes of “Lookism” focus on Daniel realizing how differently he is treated when in his normal body compared to when he has transformed into the much more attractive version of himself and how that treatment translates into not only popularity but actual power within the school. His kind-hearted actions that see him hang around with “the weirdos” cause others to look at him weirdly too, but he slowly wins over those around him.

Despite the high ratings, however, “Lookism” has become one of the most controversial works in the webtoon industry. The story has now strayed far away from the setting of the school and is now about unnaturally strong boys trying to unite “the four crews,” which are gangster-like groups that run the underground world. Pak has been criticized for his stereotypical depictions of certain characters such as females, “ugly” people and villains, as well as overly violent action scenes.

While webtoon services don't disclose the number of readers, the number of people rating the episodes decreased from a whopping 144,000 people to 17,000 in the most recent 334th episode. Its readership may have dropped to almost one tenth, but one factor that keeps readers coming back to “Lookism” is that younger readers struggling in school can vicariously live through the main character's rise to the top of the social food chain.

The Korean entertainment industry has been hit with a series of scandals involving bullying allegations made by former classmates of celebrities. Those facing these claims had to publicly apologize, regardless of whether or not they admitted to bullying. Those who admitted they were in the wrong faced repercussions such as being dropped from acting jobs or losing modeling contracts like singer Lee Na-eun from girl group April and actor Jisoo who was replaced mid-season in the KBS drama “River Where the Moon Rises.” 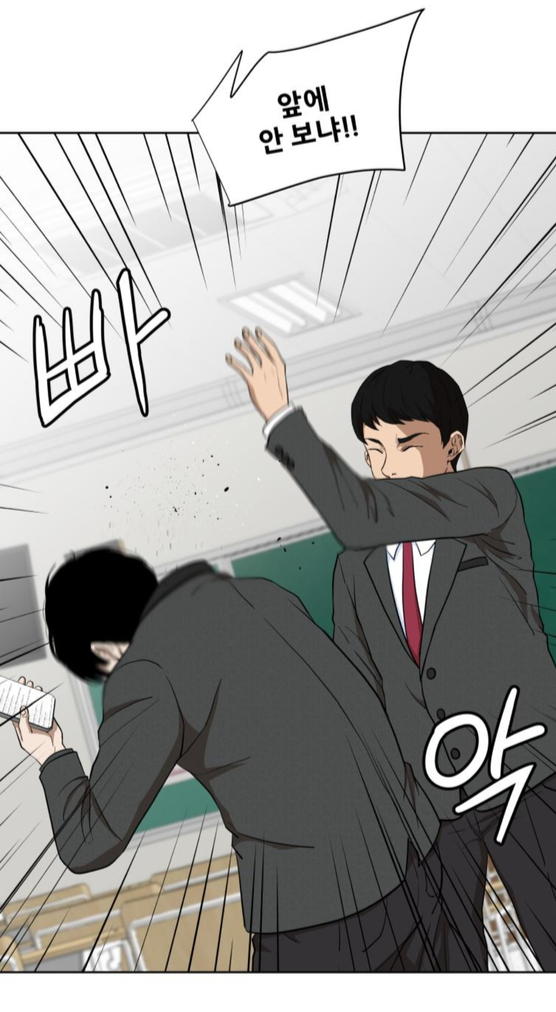 A scene from Daum Webtoon's "Hero in the Room" (translated) by Kimihi shows the main character Yeopo being bullied in school. [SCREEN CAPTURE] 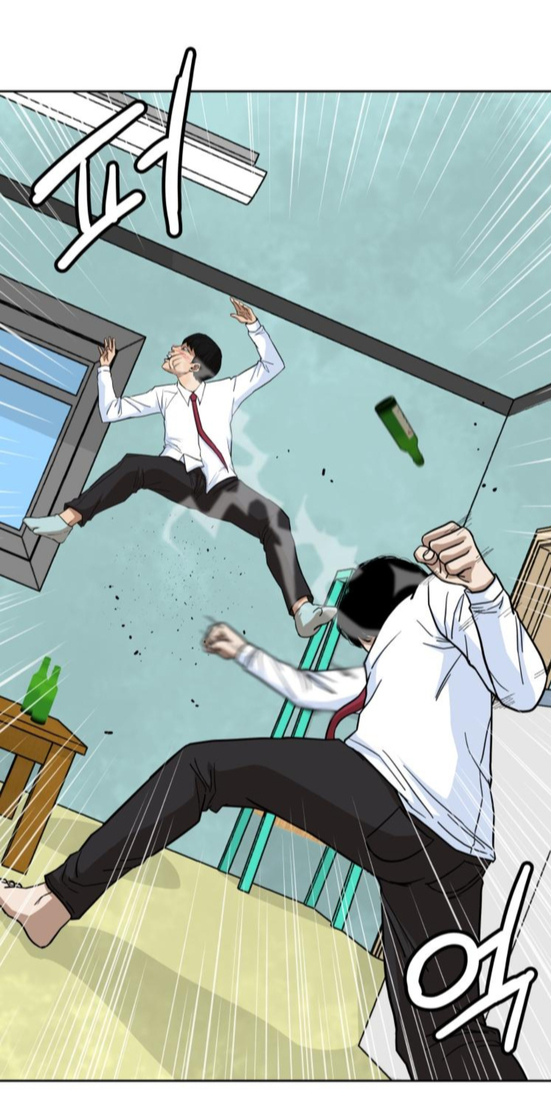 Yeopo later develops superpowers that he uses to avenge his bullies. [SCREEN CAPTURE]


“Lookism” and other works that touch on the issue of school violence are popular because they show victims getting revenge on their bullies. “Traveling Diary” (translated) by Hanggilook is based on a college student who is reincarnated as a middle school girl. She uses skills she's learned later in life to overthrow a classroom that is being controlled by one tyrannic girl. “Lord of the Rabbits” by Kim Sungnyun focuses on a psychopathic killer who avenges bullies by killing them and “Hero in the Room” (translated) by Kimihi revolves around the story of a weak boy who gets supernatural powers that give him a chance to get back at his adversaries.

According to the Ministry of Education, 37,000 students across the country said they fell victim to school violence in 2017. That number rose to 60,000 in 2019. The number decreased in 2020 due to Covid-19 but 26,000 students still answered they were being bullied either physically or online.

“Violence and aggression are in our nature,” said Professor Kwak Keum-joo of Psychology at the Seoul National University. “And in the case of every human community, people instinctively look for ‘the one person’ to pick on, which actually helps everyone else stick together. In the case of these webtoons, readers can all relate, but to different characters. Some people will see themselves in the shoes of the victim, while some people feel a sense of pleasure by placing themselves in the place of the bully. The point is that such content appeals to everyone in different ways and it’s up to platform services to make sure that they set certain standards to make sure young people are not exposed to extreme depictions.”