A scene from Naver Webtoon's ongoing series ″The History of Seong Gyeong″ shows Seong Gyeong, left, being intimidated by Ju Sang-dae, who waits outside her house after he is him fired for trying to kiss her without her consent. Sang-dae says, ″What did I do wrong?″ [SCREEN CAPTURE]


When “The History of Seong Gyeong” began in September last year on Naver Webtoon, many comments said that the story was nothing like what they had expected after reading the title.

Seong Gyeong is the name of the main character while the word seonggyeong means Bible in Korean, so many readers said they clicked on the first episode assuming it would be based on religion.

But, the warning sign that appeared on the first episode soon dashed any expectations readers had.

“Please bear in mind that some scenes may contain disturbing content for a realistic depiction of the characters,” reads the warning. The story begins at an art hagwon (private cram school) where Gyeong — young, pretty and shy — is attending for the first time. Her tutor Ju Sang-dae takes an immediate interest in her and when he learns that she is over 18, brags to his friends that there is "no problem" with him hitting on her.

“The History of Seong Gyeong” is the story of how Gyeong’s introverted personality is formed. Sang-dae’s obvious affection toward Gyeong makes other students at the hagwon feel left out.

The tutor also misinterprets Gyeong’s kindness toward him. One day, Sang-dae tries to kiss Gyeong and when she runs away, he thinks that she is embarrassed and cute. Gyeong reports him to the hagwon owner and after he’s fired, he waits for Gyeong in front of her house at night and blames her for taking advantage of him. The confrontation almost becomes physical but police arrive in time after neighbors report what is going on.

A scene from Naver Webtoon's ongoing series ″The History of Seong Gyeong″ shows Seong Gyeong, left, being intimidated by Ju Sang-dae. Sang-dae says, ″You said you liked me! You gave me a sign! Was it just me? No! We had a good thing going on!″ [SCREEN CAPTURE] 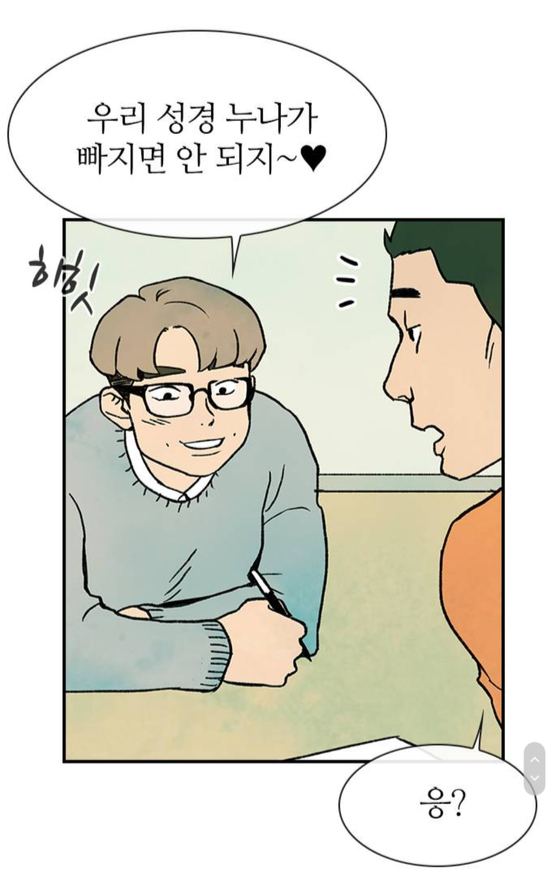 A scene from Naver Webtoon's ongoing series ″The History of Seong Gyeong″ shows the male students from her school listing down the pretty students and men making ″dibs″ on who they will ″take.″ [SCREEN CAPTURE]


Gyeong’s ordeal continues in university, when she receives unwanted attention from male students and Sang-dae spreads rumors about her to take revenge. The 35th episode of the webtoon will be published Friday and so far Gyeong has been harassed by all sorts of men — all of who assume that she reciprocates their feelings.

“The History of Seong Gyeong” has recently been targeted by male-centered online communities for misandry. Misandry can be defined as the dislike of, contempt for, or ingrained prejudice against men. A misandrist is the opposite of a misogynist.

Users from websites such as DC Inside and FM Korea carried out a “full-on attack” on the work, causing the webtoon's rating to plummet and flooding the comment section with derogatory remarks often irrelevant to the work itself. Comments such as “Feminists go to hell” and “Women’s intelligence has obviously disappeared” can still be seen, but the top comment section has been reclaimed by the webtoon’s original fans.

Considering how the webtoon is intended to highlight some men's sense of entitlement when it comes to dealing with women, the criticism only further reiterates such toxic behavior. In fact, comments on the 34th episode read that such backlash “completes the webtoon” and is “the very depiction of ‘The History of Seong Gyeong.’”

Campus dramas usually prove popular among readers of all generations, because younger students fantasize about their future, university students empathize deeply with the characters and the older readers can reminisce back to their own school days. Every webtoon has to have an antagonist, and in campus dramas, it’s often the case that the protagonists (female characters) are pitted against sexist men. University is the first step into adulthood and especially in Korea, some young people mistake the legal freedom they're given as adults as liberation from all social manners or rules. 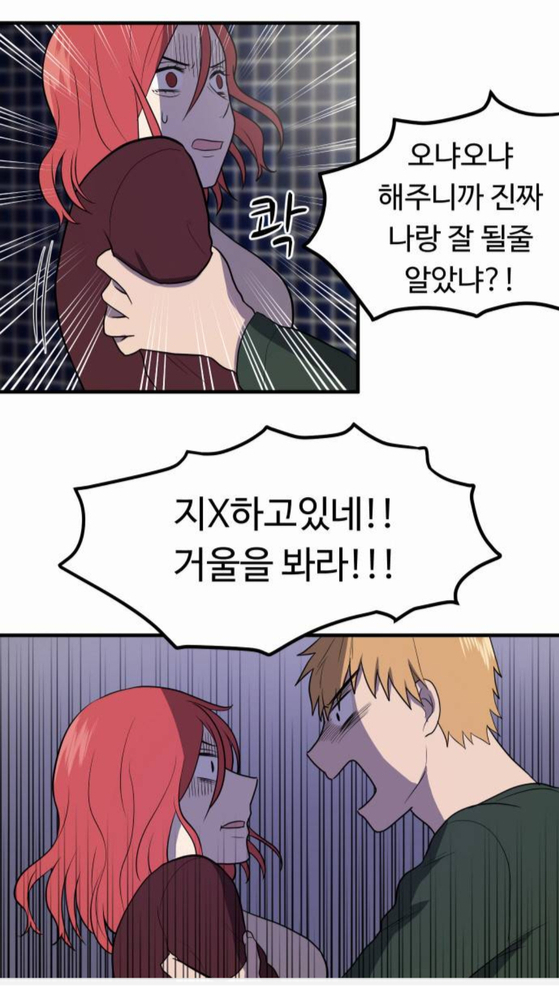 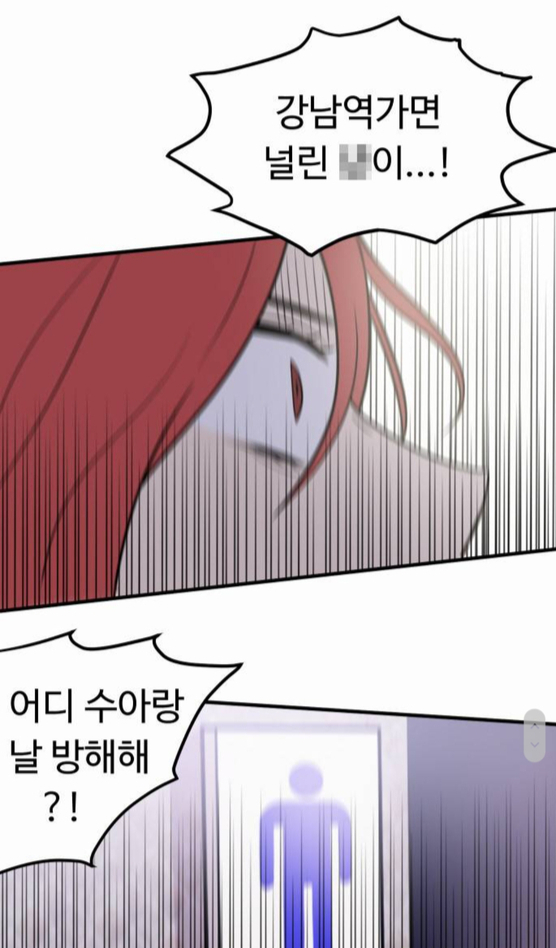 “My ID is Gangnam Beauty” (2018) shows Mi-rae, who had plastic surgery after she was picked on throughout her entire life for being ugly, being mocked by a man for going under the knife. A senior at her school who initially hit on her tells her, ″You thought you had a chance with me? Go look in the mirror!″ [SCREEN CAPTURE]


Another popular webtoon from 2018 “My ID is Gangnam Beauty,” is based on a similar theme. The protagonist undergoes plastic surgery after being picked on for her looks all her life but still suffers from people judging her based on her appearance. The male characters now consider her “easy” because she has had plastic surgery.

Just as “The History of Seong Gyeong,” “Gangnam Beauty” received criticism from male readers who argued that the webtoon was rife with misandry. But most readers agreed that they had been victims of similar aggressions or witnessed them take place. We are all entitled to different opinions, but a mature culture will only come about when people listen to each other without dismissing opposing opinions as false or insignificant.

[TOONING IN] Knowledge is power in this trending genre of webtoons