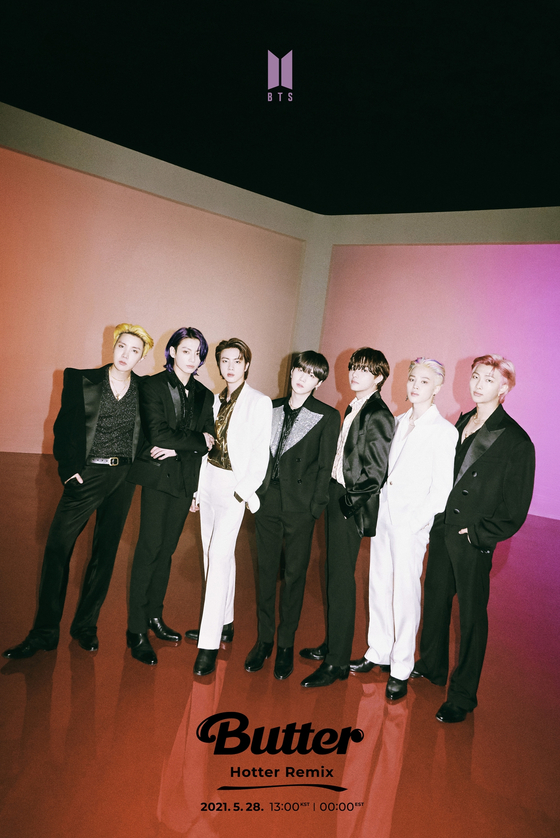 
BTS is dropping a remix of its latest English single “Butter” at 1 p.m. today.

Early Friday, Big Hit Music announced the plan to release a “Hotter Remix” and posted a set of teaser images. According to Big Hit Music, the remix version is “delightfully different from the original song’s bright and lively mood.”

“It is more upbeat and vibrant, leaning toward a more electro dance style,” the agency added.

Bit Hit Music thanked the BTS fans ARMY for their love and support and said the boys have prepared this special remix version of “Butter” for the fans to enjoy different styles of BTS’s songs.

“We hope the ‘Hotter Remix’ version and its new take on the inimitable charms of BTS will fill your entire day with sizzling energy,” the agency added.

A music video for the remix version is also set for release at 1 p.m.