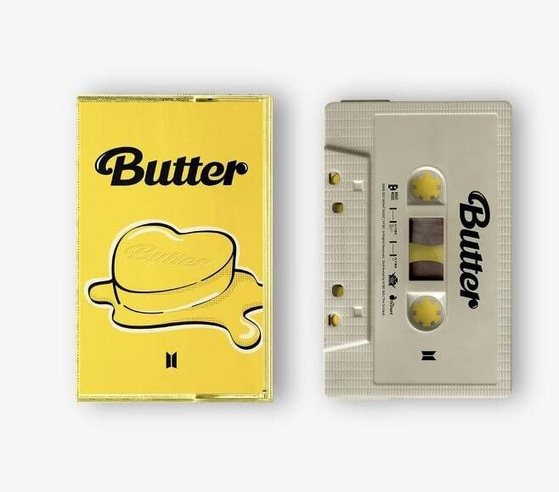 The sample photo of the cassette tape of BTS's song ″Butter.″ Customers complained when the tapes they received were white, and not grey like in the photo. [BIG HIT MUSIC]


BTS’s agency Big Hit Music will refund anyone who bought the cassette tape of the boy band’s hit song “Butter.”

The decision comes after backlash over the quality of the tape.

Fans complained that when they received the tape it was different from the sample photo in terms of its color and that the condition of the printed logo was not high quality. The tapes were sold for 9,800 won ($8.30) each through BTS's Weverse shop.

Big Hit Music sent an email to people who purchased the tape Tuesday, saying it will offer full refunds and not require customers to return the tapes.

It said it was conducting its own investigation regarding the issues and was in contact with the overseas manufacturer.

“We are deeply sorry as we didn’t thoroughly check the products,” said Big Hit Music. “It is impossible to manufacture more [tapes] in a prompt manner, so we are giving you a full refund.”

Meanwhile, the music video for BTS's "Life Goes On" surpassed 400 million views on YouTube on Wednesday. The lead track of the band's album titled "BE," released in November, has become the 15th video to garner over 400 million times. BTS has a total of 35 videos with over 100 million views.