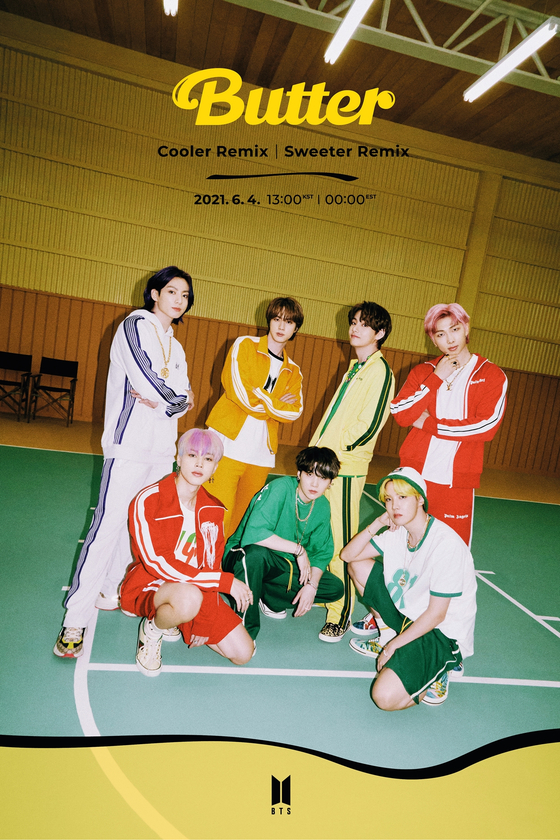 
"Butter" is set to get even sweeter and cooler.

BTS dropped two remixed versions of its latest hit "Butter," today at 1 p.m. The band promised to give listeners a different vibe from the "Hotter" remix released last week.

The two new remixes are dubbed "Sweeter" and "Cooler." The former will add a softer R&B mood to the song while the latter will go for a more refreshing vibe with guitar sounds, the band's agency Big Hit Music said.

"BTS prepared the remix tracks to thank their global fans for their love and support," the agency said.

"Butter" has seen humongous success since it was released on May 21, topping the Billboard Hot 100 chart. It comes after BTS's previous English hit "Dynamite" (2020) topped the chart for the first time in September last year.