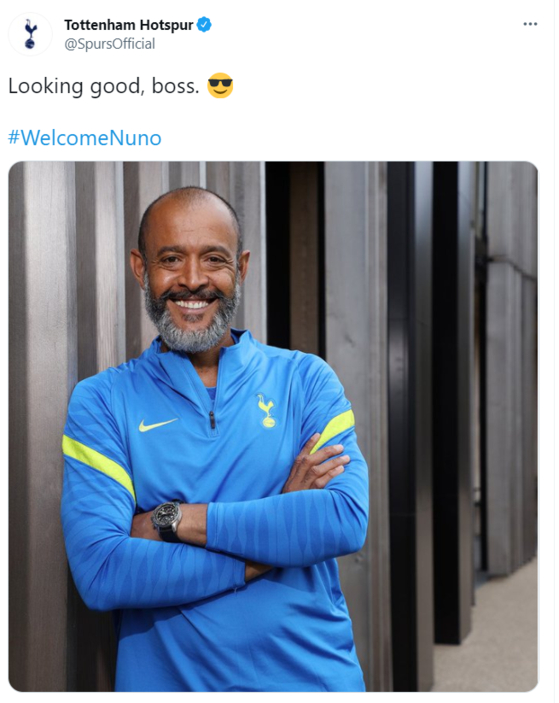 
When Son Heung-min returns to Hotspur Way in the next few weeks he'll be training under a whole new manager, after the club appointed Nuno Espirito Santo to take over the top role on Wednesday.

Santo's appointment has been a long time coming. Tottenham fired Jose Mourinho in April, handing the reins to interim manager Ryan Mason for the last few weeks of the season. Since then, Spurs have rattled through a number of different options — former manager Mauricio Pochettino and Inter Milan boss Antonio Conte were both options at one point — but every deal fell through.

Tottenham seemed to be on the edge of signing former Roma manager Paulo Fonseca — which would have essentially set up an unintentional job swap with Mourinho, who is now at Roma — earlier this month, but that deal collapsed, reportedly due to tax issues.

Santo, the former manager of Wolverhampton Wanderers, is joining the club at the very last minute. According to Football.London, available Tottenham players will resume training in London on July 5.

The first few weeks of pre-season training typically focus on physical conditioning, so the club's sports science staff will be able to commence training while Santo settles in.

Not all Spurs players are expected to return to London next week. Some players, including Harry Kane — who remains a Spurs player, at least for now — Pierre-Emile Hojbjerg and Hugo Lloris are still on active duty with their national teams, either at the Euros or Copa America.

Santo, born in what was then Portuguese São Tomé and Príncipe, a Portuguese colony in South America, played the majority of his footballing career in Portugal and Spain, as well as a brief spell at Dynamo Moscow in Russia. He has since managed Valencia, Porto and Wolves, leading the latter team back to the Premier League after six years in Championship.

“It’s an enormous pleasure, an honor, a joy to be here,” Santo told Spurs TV. "I’m happy and I’m looking forward to starting work. This is what it means. We don’t have any day to lose, we must start working immediately — pre-season starts in a couple of days.”

“Having a squad like Tottenham’s, you can only have one DNA, you can only think one way. We have to enjoy the game, we have to play the game. When you have a squad of quality, talented players like we have, the DNA is to make the fans proud, make them enjoy watching. This is our DNA, to make our fans proud of us. There is no question about it that that will happen."