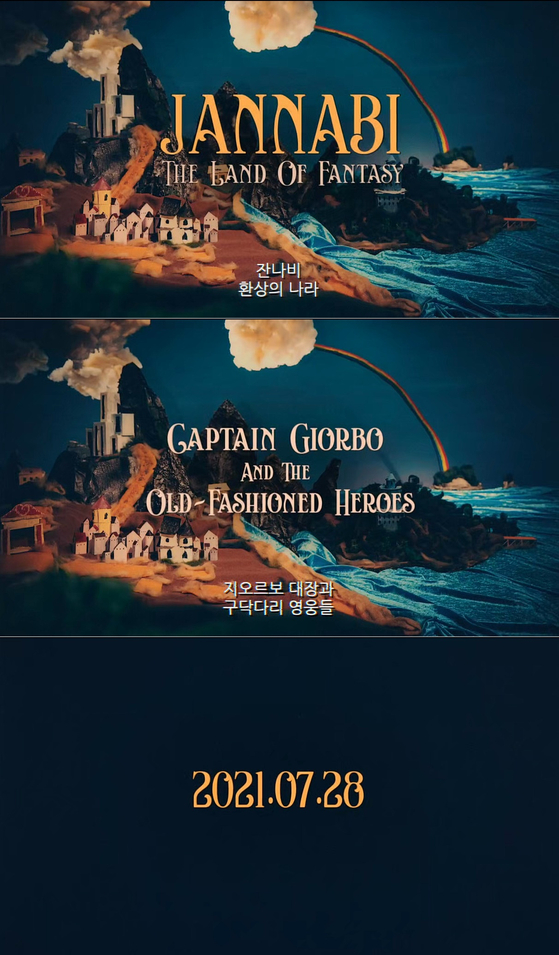 
Indie rock band Jannabi is set to drop its third studio album called “The Land of Fantasy: Captain Giorbo and the Old-Fashioned Heroes” on July 28, according to its agency Peponi Music.

The title of the lead single, “Remote Island Romantic”(translated), was revealed along with the album cover and teaser on the group’s official social media accounts.

Peponi Music explained the song is “a ballad song that will cool off the hot summer weather.”

It has been two years and four months since the band released its second studio album “Legend” in March 2019, and eight months since its previous EP, “Jannabi’s Small Pieces I,” released last November.

Jannabi rose to fame with its single “For Lovers Who Hesitate,” from its second studio album “Legend,” which ranked No. 1 on the Melon Monthly Singles chart of May 2019.