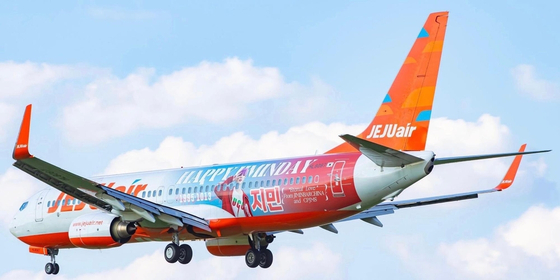 A Chinese fan club account for BTS member Jimin received a 60-day suspension due to an incident in which fans raised money to fly an airplane covered with photos of the singer. [GUANCHA NEWS]


Chinese social media platform Weibo imposed a 30-day suspension on 21 K-pop fan accounts, according to Chinese media outlets including The Paper on Monday. The ban is viewed as part of the Chinese government’s ongoing effort to put a check on K-pop and strengthen control of China’s entertainment industry in general.

According to The Paper, the 21 accounts were banned for “promoting content that irrationally follows and supports stars.” The decision comes after a policy announced by the Cyberspace Administration of China on Aug. 27, which “ordered a heightened crackdown on the unhealthy online fandom culture, to reduce frenzied idol worshipping among underage fans” according to Chinese state-run media Global Times.

Among those banned were fan accounts of K-pop idols Jang Won-young of former girl group IZ*ONE, BTS, NCT, Exo and IU. Fan club accounts of individual BTS and NCT members, Seulgi of Red Velvet, Taeyeon of Girls’ Generation and Rosé and Lisa of Blackpink will also be suspended for 30 days.

A fan club account for BTS member Jimin received a longer 60-day suspension due to an incident in which fans raised money to fly an airplane covered with photos of the singer.

Some of the content on those accounts that were deemed problematic have been permanently deleted.

China’s largest music platform QQ music also enforced a purchase limit on accounts so that one ID can purchase only one copy of a digital album.

Comments under Chinese news outlets' articles covering this ban reportedly criticize that the 30-day suspension is not enough and are demanding permanent suspensions.

The Chinese government has been strengthening its control of China’s entertainment industry and pop culture in general, such as banning celebrities who do not follow government guidelines from appearing on television.