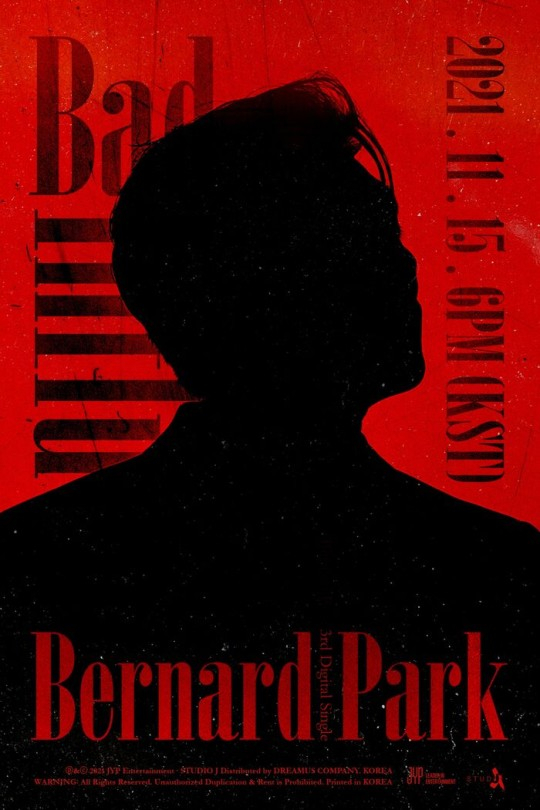 
Singer Bernard Park of JYP Entertainment will release his third digital single “Bad Influence” on Nov. 15, according to his agency on Monday.

The agency posted a black and red poster with the silhouette of a man to signal the news. The song will drop at 6 p.m.

Park's new music comes after a three-year hiatus. His most recent music was a digital single called “Still...,” which was released in October, 2018.

Park first found fame after winning the survival audition program “Kpop Star 3” on SBS, which ended its run in 2014. He put out his debut album in October of that same year.